Three Widows and a Corpse (A Food Blogger Mystery)

Between developing her food blog, Hope at Home, and choosing low-cal recipes for a feature in Cooking Now! magazine, Hope has a full plate. Still, she’s never too busy to compete in a Jefferson, Connecticut, tradition—the town’s annual scavenger hunt.

But as she races with her team to check off the next item, Hope discovers a grisly surprise—the body of shady real estate developer Lionel Whitcomb, shot in a parking lot. His wife Elaine, who’s also in the hunt, gasps and nearly faints. But two other women on the scene cry out that their husband is dead.

It turns out this louse of a spouse was more than a little lax in legally divorcing his former wives. Did one of them put a bullet in the bigamist? Number one suspect and number three wife Elaine begs Hope to investigate. Now Hope is on a new kind of hunt—for a cold-hearted killer and triple widow-maker . . .

Food blogger Hope Early, is doing well in her new profession. She has a freelance job for a food magazine, she is getting sponsors and has had a surge in followers. It looks like everything is looking up for her. At the local scavenger hunt, she discovers the body of a local businessman, who is waiting for a court case due to his unethical business dealings. When two women show up in town claiming to be married to him, his wife in Jefferson, Elaine, is not sure what to do. With a plethora of suspects, Elaine asks Hope to help clear her name, and the other two wives coming to Hope for help. You know she is not going to be able to stay out of this investigation.

I like the character of Hope. She’s a smart, strong woman determined to make her blog, Hope At Home, successful. She is also a good friend to Drew and a great sister to Claire. She is helping both of them with personal and job issues. Her boyfriend, the police chief, tries to keep her out of the case, but she doesn’t listen to him. When she received a warning to keep out of the investigation, painted on her garage, it pushes her to get even more involved. I enjoy this series and this book was interesting. There was just enough of Hope’s personal life and blogging to balance the murder mystery. The story is filled with humour, yummy food, lots of suspects and clues/red herrings sprinkled liberally throughout. The story is well-paced and the characters are well-developed. I thought I knew who the murderer was, but was not positive until the final reveal. This is a great traditional cozy with a small town, amateur sleuth, likable and some quirky characters and lots of food. I love the recipes at the back of this book and will be trying a couple of them for sure. Don’t chocolate, walnut muffins sound delicious? This is one that I recommend to cozy mystery lovers. The publisher provided me with a copy of the book upon request. The rating, ideas and opinions shared are my own. 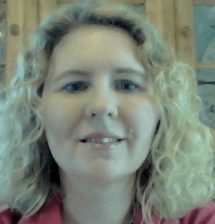 About the Author: Debra Sennefelder, the author of the Food Blogger Mystery series and the Resale Boutique Mystery series, is an avid reader who reads across a range of genres, but mystery fiction is her obsession. Her interest in people and relationships is channeled into her novels against a backdrop of crime and mystery. When she’s not reading, she enjoys cooking and baking and as a former food blogger, she is constantly taking photographs of her food. Yeah, she’s that person.

Born and raised in New York City, she now lives and writes in Connecticut with her family. She’s worked in pre-hospital care, retail and publishing. Her writing companions are her adorable and slightly spoiled Shih-Tzus, Susie and Billy.

She is a member of Sisters in Crime, International Thriller Writers, Women’s Fiction Writers Association and Romance Writers of America.

Follow Carla Loves To Read on WordPress.com
Join 2,692 other followers