Lady in the Lake Laura by Lippman, Susan Bennett (Narrator)

As I read this book, I was not sure if I would enjoy the style it is written in. Madeleine, Maddie, Schwartz is the main character in this story and it is basically told from her POV. She narrates a chapter of this mystery, then the next chapter is told from the POV of one of the characters we met in the previous chapter. Sometimes we find out what they were thinking, sometimes they share a secret. I wasn’t sure if I liked it or not, actually to be honest, I was a bit confused to begin with. Once I got used to the style, and listened to a few chapters again, I really enjoyed it and thought it brought some realism to the story. 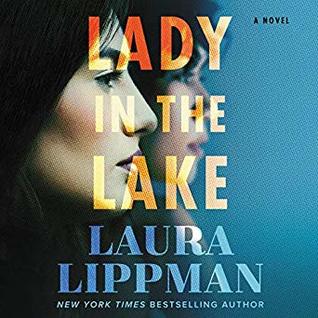 Lady in the Lake Laura by Lippman, Susan Bennett (Narrator)

Maddie is recently separated and searching for something to help her become something other than a wife and mother. When a young 11 year old Jewish girl goes missing, her Synagogue sends out search teams to try and find her. Maddie has a hunch and sets off with a friend to a spot where she thinks a body could be hidden, there she finds the body. Using this situation, as well as an intimate friendship with a police officer, she parlays this into a job with the local newspaper. She does not get credit for the stories that come out of this, being a woman, but she does not let that deter her. At the same time, a body of the young black woman is found in the Druid Hill Park fountain. No one seems interested in her death and possible murder, except for Maddie. She uses her connections to the newspaper to investigate and solve the mystery of “The Lady in the Lake”.

As I stated above, this story is told from multiple point of views, including that of a ghost or two. It is well written paying careful attention to the time and place. The nuances of Baltimore in 1966 are a large part of this story. It is a well written mystery based on true events. I loved how Maddie did not give up when fighting for what she believed and the rights of women. Even though the format of the book was very different from anything I have read before, I enjoyed the story because Laura Lippman did a wonderful job developing the story and characters. Make sure you read the author’s notes at the end of the book as she shares some heartbreaking information that influenced and assisted her in writing this book. This book is fiction, but it is based on two actual murders that occured in Baltimore in 1966.

I listened to the audiobook of Lady in the Lake and really enjoyed the narration of Susan Bennett. She did a great job with the cadence of the story as well as the multiple voices. She added accents when necessary and even had recognizable male voices. With all the various characters that narrated their own chapters, I was very impressed with her performance. This is not the first book I have listened to narrated by Susan Bennett and it won’t be the last. Just an FYI, she is the voice of Siri. The publisher, HarperAudio provided me with this audiobook upon request, the rating, ideas and opinions shared are my own. 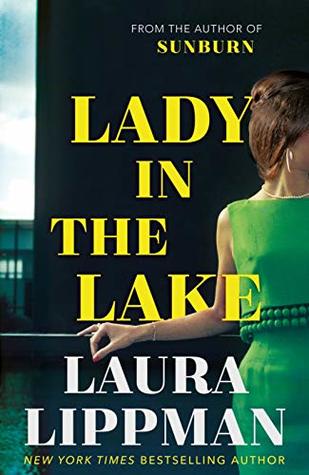 About the Book: The revered New York Times bestselling author returns with a novel set in 1960s Baltimore that combines modern psychological insights with elements of classic noir, about a middle-aged housewife turned aspiring reporter who pursues the murder of a forgotten young woman.

In 1966, Baltimore is a city of secrets that everyone seems to know–everyone, that is, except Madeline “Maddie” Schwartz. Last year, she was a happy, even pampered housewife. This year, she’s bolted from her marriage of almost twenty years, determined to make good on her youthful ambitions to live a passionate, meaningful life. Maddie wants to matter, to leave her mark on a swiftly changing world. Drawing on her own secrets, she helps Baltimore police find a murdered girl–assistance that leads to a job at the city’s afternoon newspaper, the Star. Working at the newspaper offers Maddie the opportunity to make her name, and she has found just the story to do it: a missing woman whose body was discovered in the fountain of a city park lake.

Cleo Sherwood was a young African-American woman who liked to have a good time. No one seems to know or care why she was killed except Maddie–and the dead woman herself. Maddie’s going to find the truth about Cleo’s life and death. Cleo’s ghost, privy to Maddie’s poking and prying, wants to be left alone.

Maddie’s investigation brings her into contact with people that used to be on the periphery of her life — a jewellery store clerk, a waitress, a rising star on the Baltimore Orioles, a patrol cop, a hardened female reporter, a lonely man in a movie theater. But for all her ambition and drive, Maddie often fails to see the people right in front of her. Her inability to look beyond her own needs will lead to tragedy and turmoil for all sorts of people–including the man who shares her bed, a black police officer who cares for Maddie more than she knows.

7 thoughts on “Lady in the Lake Laura by Lippman, Susan Bennett (Narrator)”