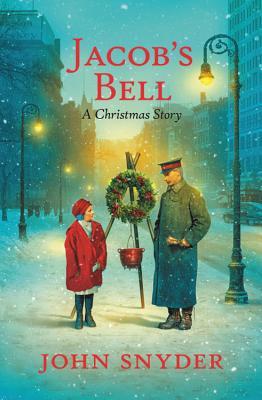 Jacob MacCallum is an old homeless drunk, who is estranged from his children in 1944. He wants to repair his relationship with his children and is trying to figure out how. What did Jacob do that has put him at odds with his children and what can he do to win them back? Set mainly in 1944, Jacob’s story is told in a simple, narrative style, using flashbacks. Details of his choices and hard living show us a selfish young man who could not deal with the stresses in his life. He chose the easy road with embezzling and alcohol. Can he find his children, and if he can, will he be able to gain their forgiveness and develop a relationship with them and his grandchildren.

Jacob’s tale is one many may relate to as he wrestles with the past and searches for a way back to restore relationships he has ruined. I really enjoyed the story of Jacob’s Bell. I liked how the story revealed the layers to the back story of Jacob’s life and what he did to his family. I found Jacob’s work with the Salvation Army bell-ringers, and how this helped him deal with his destructive feelings as well as giving him a purpose, very interesting. Not only did he ring bells, but he lived in their shelter and found peace as his faith developed. The Pastors that worked with him helped Jacob along with his faith journey and his battle against alcoholism. I loved the cover of this book. It was one of the reasons I picked it up, but the story was amazing and I am so glad that I did. This book has an incredibly important lesson for everyone. Forgiveness of self and others, can bring us freedom. Forgiving ourselves can be the hardest obstacle to moving forward in our lives. One of Jacob’s new friends and pastor said to him, “…one of the greatest gifts you can give yourself (is) to forgive… including yourself.” I want to thank FaithWords for the opportunity to read this book. The rating, ideas and opinions shared are my own.

About the Book (from Goodreads): For readers of Richard Paul Evans and Melody Carlson comes JACOB’S BELL, a heartwarming Christmas story about how an unlikely friendship between an old man and a little girl saved a family.

Sometimes the road to forgiveness and restoration can be a rocky one. Set in Chicago and Baltimore in 1944 with flashbacks to the 1920s, JACOB’S BELL follows Jacob MacCallum on his arduous journey to redemption.

At one time, Jacob had it all: wealth, a wonderful family and a position as one of the most respected businessmen in Chicago. Then he made some bad decisions and all that changed. For the past twenty years he lived in an alcohol-induced haze, riddled with guilt for the dreadful things he had done to his family and his role in the untimely death of his wife. Estranged from his children and penniless, he was in and out of jail, on the street and jumping freight trains for transportation. Realizing he needed a drastic change, Jacob embarked on a journey to find his children, seek their forgiveness, and restore his relationship with them. Befriended by a pastor at a Salvation Army mission, he struggled to transform his life. Yet finally he overcame his demons, but not without a fair number of setbacks. Jacob became a Salvation Army Bell Ringer at Christmastime. While ringing his bell on a street corner one snowy day, he met a young girl who, through a series of strange coincidences, led him back to his children and facilitated Jacob’s forgiveness just in time for Christmas.
Author John Snyder pens a story of love, hardship, and reconciliation that will leave readers filled with Christmas joy. 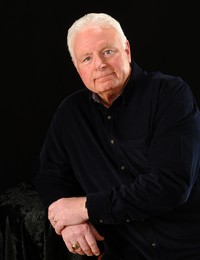 About the Author: John Snyder is the author of the bestseller The Golden Ring – A Christmas Story and a new Christmas Book, Jacob’s Bell released by FaithWords/Hachette Book Group on October 2, 2018. He is a member of the Authors Guild.

He was born and raised in Cumberland, a small mountain town in western Maryland. He graduated from Allegany High School (Cumberland) and the University of Maryland (College Park) with a Bachelor of Arts Degree. His first job was a Parole and Probation Agent with the Maryland Division of Parole and Probation. He supervised a caseload of adult parolees and probationers before being assigned to the investigative unit. He served on numerous task forces and worked on special assignments with the headquarters office on legislative and policy issues. He also worked on special assignment with the Warrants Unit transporting parolees, arrested in other states, back to Maryland for prosecution. To earn additional income, He worked part-time as a real estate agent and a bounty hunter.

When not writing, John enjoys spending time with family and friends, camping, hiking, golfing, motorsports (he has raced karts—capable of speeds in excess of 100 mph, pit crewed in the Indianapolis 500, and operated the driver communications board from the wall at the edges of speedways across the United States for his former client, two-time Indy 500 winner and national auto racing champion Al Unser, Jr.). John lives in Mocksville, North Carolina, with his wife, Ruth Ellen. Contact him at johnsnyder@johnsnyder.net and find out more at www.johnsnyder.net.

7 thoughts on “Jacob’s Bell: A Christmas Story by John Snyder”