I am trying to read five books by Irish Authors for Reading Ireland month. This is my first and I really enjoyed it. 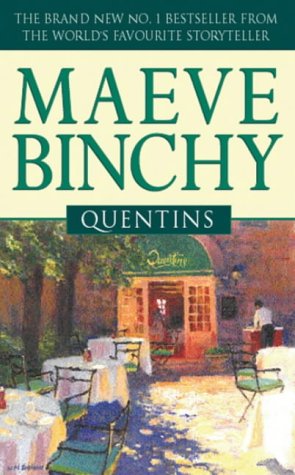 I have had this book on my shelf for many years, but with Reading Ireland in March and my Alphabet Challenge needing a “Q” book, this seemed to fit the bill. Many readers were very disillusioned with this story due to Ella, one of the main characters. She was a woman in love, blind to the clues and information about the man she loved. I thought she was a nitwit. She seemed to be a smart woman in some areas, but in her personal life, she gave women a bad name. Having said that, the story about Quentins was delightful.

Quentins has a thousand stories to tell: tales of love, of betrayal, of revenge, of times when it looked ready for success and of times when it seemed as if it must close in failure. I loved meeting all the characters that had stories to tell. We learn about the founding of the restaurant, which has a story behind it, the development and changes that take place and the possible making of a documentary about how it played a part in the changing culture and lives of the people. It isn’t the main characters that make this story work, but the side characters (there are many) and the setting of contemporary Dublin, that allows the reader to enjoy this book without worrying about the Ella Brady love story and debacle.

I would recommend this book to readers who are looking for a good story without a lot of heavy elements. It is beautifully written as Maeve Binchy does a wonderful job with prose, some wit and a lot of angst. I am going to read more by this talented author.

About the Book: Every table at Quentins restaurant has a thousand stories to tell: tales of love, betrayal and revenge, of hope and despair. The staff who come and go have stories of their own, and the restaurant itself has had times when it looked set fair for success and others when it seemed as if it must close in failure. Ella Brady wants to make a documentary about the renowned Dublin restaurant that has captured the spirit of a generation and a city in the years it has been open. twins from SCARLET FEATHER, Signora from EVENING CLASS, Ria from TARA ROAD – and a host of fresh faces. There is Monica, the ever-cheerful Australian waitress, and Blouse Brennan, whose simplicity disguises a sharp mind and a heart of gold. The whole place is presided over by the apparently imperturbable Patrick and Brenda Brennan, who have made Quentins such a legend. But even they have a story and a sadness which is hidden from the public gaze. bringing it to the screen. Are there some stories which are too sacred to be told? Should the restaurant keep its secrets? 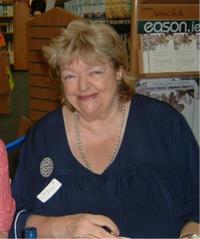 About the Author: Maeve Binchy was born on 28 May 1940 in Dalkey, County Dublin, Ireland, the eldest child of four. Her parents were very positive and provided her with a happy childhood. Although she described herself as an overweight child, her parents’ attitude gave her the confidence to accept herself for who she was.

She studied at University College Dublin and was a teacher for a while. She also loved traveling, and this was how she found her niche as a writer. She liked going to different places, such as a Kibbutz in Israel, and she worked in a camp in the United States. While she was away, she sent letters home to her parents. They were so impressed with these chatty letters from all over the world that they decided to send them to a newspaper. After these letters were published, Maeve left teaching and became a journalist.

Maeve married Gordon Snell, writer and editor of children’s books. When they were struggling financially, Light a Penny Candle was published, which made her an overnight success. Many of her books, such as Echoes, are set in the past in Ireland. Some of her later novels, such as Evening Class, take place in more modern times. Her books often deal with people who are young, fall in love, have families, and deal with relationship or family problems. The main characters are people whom readers can empathise with.

41 thoughts on “Quentins by Maeve Binchy”