I am doing well with my 20 Books of Summer list with books 3 & 4 listened to, enjoyed and reviewed. Scroll down to see what I thought. Both of these books were provided to me by the publisher upon request. The rating and opinions shared are my own. I was also able to get a copy of the audiobook, so listened to them as well as having the ebook to read along when I wanted to do that.

From the Depression to the 70s: Mrs. Wiggins & Bones of a Saint, #AudiobookReview

Today, I am reviewing two very different audiobooks. Mrs. Wiggins takes place in the South during the Depression and Bones of a Saint is set in the 70s in small town California. Both audiobooks were very well narrated, although I do believe Bones of a Saint was a mismatch. I received a copy of these audiobooks from the publisher, Recorded Books, through Netgalley. The ratings and opinions shared are my own.

This is the third review of the Ten Books I Forgot I Had on My TBR. END_OF_DOCUMENT_TOKEN_TO_BE_REPLACED

The Friends We Keep by Jane Green #BookReview

The Friends We Keep by Jane Green

END_OF_DOCUMENT_TOKEN_TO_BE_REPLACED 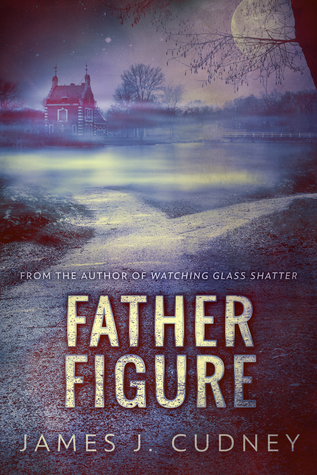 This is James Cudney’s second book. I thoroughly enjoyed reading the first book, Watching Glass Shatter, so was looking forward to reading this one. This is a story of secrets and lies and how they affect lives in the present and the future. This story is told by two narrators in two different times. Amalia Graeme tells the story that begins in August 1984 in rural Mississippi. She was a young woman who was verbally and physically abused by her mother while her father loved her, but had no backbone to stand up to his wife. When she gets the opportunity, she heads off to college and begins her new life. The second narrator is Brianna Porter, living in New York City. She is raised by a single, overprotective mother, dealing with her own sexuality and wants to know who her father is. This search for her father has ramifications not only for her own life, but her mothers and the unknown father as well. She heads off to college out of state with her best friend.

Initially the reader has no idea of any possible connection between the two but both are rebelling in their own way, seeking to find purpose and meaning in their lives, with dire consequences. Jame’s writing builds suspense as we put the pieces together to see how the stories intersect. There are many well developed characters in the story, some you’ll like and others you definitely won’t. Those in the present seem to be okay for the most part, but those in Amalia’s past life are not. They are either bullies, mean girls or bystanders. In this book both women are trying to find themselves and are dealing with major issues in their lives. The book is both a coming of age tale and a mystery with suspense and some twists. The book deals with abuse, identity, acceptance, overcoming obstacles, crime, sexuality, family secrets, and knowing who you are. Another great story to read, especially if you love emotive, suspenseful, family dramas. Bravo James Cudney.