These three are all very different mysteries. We have an Historical Cozy Mystery, an Amish Cozy Mystery and a Legal Criminal Mystery. All were audiobooks that I enjoyed the narration for, and at one time were all gifted to me as ebooks, but I got the audio from the library. The ideas and opinions shared are my own. 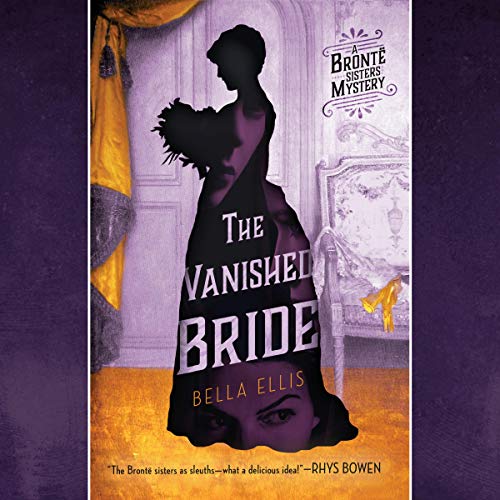 The Vanished Bride by Bella Ellis

THE VANISHED BRIDE is an imaginative historical mystery that stars the famous Brontë sisters, Charlotte, Emily and Anne, as amateur sleuths in a mysterious case of a missing young wife and mother in 1845. They are staying at their father’s home with their father and brother, Branwell. They find out that a young woman is missing and left behind is blood, a lot of blood. Everyone assumes she is dead, but where is the body? As these three struggle to find their way as single woman, who do not want to get married, they become amateur detectives, to solve this mystery.

I enjoy cozy mysteries and this one was very well done. It was certainly different from others I have read, with three sisters and a brother working together to solve the mystery. The sisters are very smart, use their wits, deductive reasoning, education and resources to find out what happened. The mystery was twisty with few suspects, but, could they prove what they thought. Each sister had their own personality and skills. I enjoyed how they were able to convince people to share information with them. This was an entertaining story that I was sure this armchair detective had solved. Read this one to find out if you think the same. I listened to the audiobook narrated by Elizabeth Knowelden. She did a great job using intonation and expression to differentiate the sisters in the story. An enjoyable listening experience. 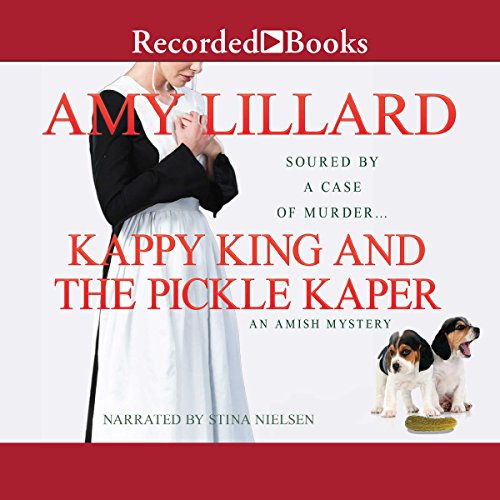 Kappy King and The Puppy Kaper by Amy Lillard

Kappy King is a single Plain woman, who is known for her skill at making “kaps” that Amish woman wear to cover their hair. She had wanted to get married, but Kappy only wanted to marry someone who loved her as much as she loved him. Kappy’s neighbour, Ruth Peachy is known for her dogs that she breeds and lives with her son, Jimmy who has developmental delays. When Ruth is found dead, it is assumed that it was an accident, but when it is found to be murder, Jimmy is quickly arrested. Kappy is sure it was not him and joins forces with his sister, Edie. Edie had left the Amish years ago and is shunned, so Kappy has to do all the talking. Can they find out what really happened to Ruth and who the culprit is?

I enjoyed this cozy mystery featuring Kathryn “Kappy” King. She is a strong female lead, who is not afraid to ask questions, or talk to Edie who is under the Bann. She even reads Sherlock Holmes. I liked that there was not a romantic storyline as it is nice to see that women don’t have to have a man to be happy. Jimmy was a wonderful addition to this story. He has down syndrome, yet is capable and does a great job with the dogs. I am hoping Edie will be a regular character in this series. She is snarky, but does it in response to what she has dealt with during her life. She loves her brother and wants to do what she needs to for him. She adds some humour to the story. This was a fun, cozy mystery full of quirky characters. Both Edie and Kappy don’t fit in with the Amish community, but it was great to see them develop a friendship and work together. I was kept guessing throughout the story and when the reveal came, the lights went on as I had my aha moment. Stina Nielson narrated this series and does a good job with the tone and expression. I will definitely read/listen to more in this fun, cozy mystery series. 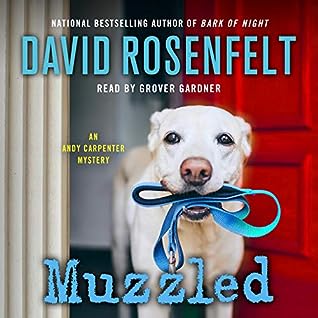 The Andy Carpenter series is up to 21 books, but I have only read or listened to a handful along the way. I have always enjoyed the story and had no problem following it. Andy is a lawyer, who says he is retired, but always gets pulled into working a case in each book. Andy’s friend Beth, who works with the Tara Foundation, has found a stray dog who appears to belong to a recent murder victim. When someone contacts her to say she has his dog, she calls Andy for assistance. When they identify the man as one the police were looking for, he calls them and is arrested for murder and blowing up his boat to cover the crime. He asks Andy for help, and he can’t resist helping this dog lover.

This story leads the reader on a merry chase. Who was the intended target? There are pharmaceutical secrets, a mystery girlfriend, mistaken identity, dodgy characters & possible mob involvement that all get in Andy’s way. With Laurie, his wife, and the K team to help, he is able to sift through everything to figure out what was going on. Most of this story takes place outside the courtroom and introduces a lot of characters. There were times that I was a bit confused, but everything finally fit together at the end. With a few more murders along the way, Andy is able to work with his friend and detective Pete to bring the culprits to justice. This is a cross between a legal thriller, mystery and organized crime story. The narration was done by Grover Gardner. He is perfect for these books. He gives them that hard boiled detective sound and I enjoy the expression (or lack of) that he uses in his performance. This was not my favourite in this series, but it was enjoyable.