Christmas Mini #BookReviews: Murder at an Irish Christmas, The Most Wonderful Time, Christmas on the Coast

Three more books read for my Christmas Readathon. All are very different from one another. One is a cozy mystery, one an anthology of Christmas Romance Novellas and the third is a dual-timeline historical fiction story. All were provided over the years through Netgalley upon request. The rating and opinions shared are my own. 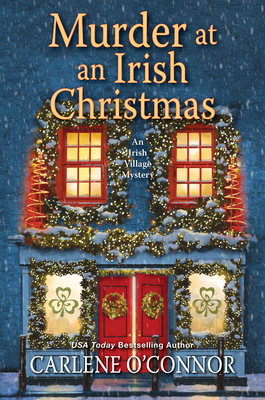 The O’Sullivan Clan are back in the sixth edition of an Irish Village Mystery. This time they’ve left Kilbane and headed off to West Cork for Christmas with James’ fiancée’s family. Of course, murder seems to follow them, and shortly after arriving, they find the patriarch of the Elliot family, dead on the floor of the Old Mill where a Christmas Eve Concert is supposed to take place. At first it is ruled an accident, but as clues and facts are uncovered, it is obvious, that it was a murder. Siobhán puts on her Garda cap and offers to help in the investigation.

I really like the O’Sullivans. The younger siblings are lovable, but frustrating. Siobhán is amazing. Not only did she take on guardianship of her siblings when her parents were killed, but she is an excellent Garda with a great set of skills needed for her job. There was a glut of suspects in this one. Throw in an ex-wife who is in a wheelchair from an accident, a son who is about to be cut off, a grandson who wants money for an endeavour that his grandfather doesn’t support and a granddaughter who’s access to tuition is going to end and there are numerous suspects just in the family alone. It was fun to try and solve this one along with Siobhán and the local Garda, who thought they had it all figured out. This is a well written mystery with some red herrings and great characters. I had no idea who the murderer was and was quite surprised and pleased with the reveal and the motive. I love this series and will continue to follow it. 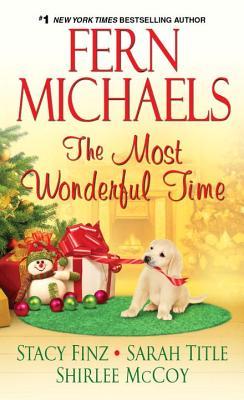 This is a sweet, Christmas romance anthology. Each of the four stories has a different plot, from a woman overcoming her grief at losing her husband three years earlier, a second chance romance, a sweet meeting up at a wedding and another second chance romance while dealing with the loss of a father, who was mean and nasty to his family. These were all feel-good romances, all set at Christmas. With various degrees of Christmas customs and celebrations, they all had some festive feeling. I enjoyed them all, but I think I liked “Christmas Passed” by Fern Michaels the best. I read this one over a few days as I read each story in between some of the thrillers and dramas I have been reading. With Novella November, these anthologies fit right in with my reading. My biggest complaint is that is hard to have a developed plot or characters with a short story. I would have liked a bit more. If you enjoy short, sweet stories with a holiday twist, then pick this one up. 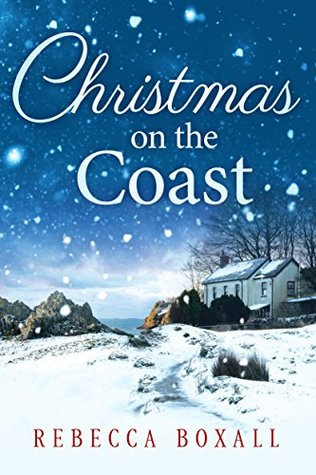 Christmas on the Coast by Rebecca Boxall

I really enjoyed this dual-timeline story set on the isle of Jersey. In the present, Libby is a vicar’s wife, a mother and works as an investigator of financial crimes. She is extremely busy, but always makes time for her friend Stella. When Stella’s mother dies, Libby heads over to comfort her and Stella asks her to leave. Apparently, her mother told her something about Libby’s family that Stella can’t ignore. At the same time, Libby’s mother breaks her arm. She takes a leave from work and heads to her parents to help with Christmas preparations. When she talks to her father about Stella’s reaction, he give her his Aunt Queenie’s journal to read and it explains what the long held feud was all about. I really enjoyed Queenie’s story. It takes place during the occupation of Jersey in 1941.

I have read a couple of other books about the Nazi Occupation of the channel islands, but I always learn something a bit different. This one has Russian POWs used a slave labour, Nazi’s who treated the residents not too badly, requisition of possessions, forcing farmers to raise specific crops and the few Wehrmacht officers who thought they were above everyone and flaunted their power. Of course, that is one of the major issues and plots. I really felt for the islanders, they tried to live life as normal as possible, but they were hiding and protecting some people that caused a lot of fear. As we find out what the issue was that caused the rift, I felt bad for Libby and just wanted to shake Stella. In Libby’s life, she has a selfish family that she realizes that she overindulged over the years. Will they understand what Libby is going through and come around? This was a nicely plotted story with some relatable characters as well as a plot that pulled on my emotions. I enjoyed this Christmas story and recommend it to those who enjoy Historical Fiction, Dual-timelines and a Christmas setting.

12 thoughts on “Christmas Mini #BookReviews: Murder at an Irish Christmas, The Most Wonderful Time, Christmas on the Coast”