I have been trying to read as many Christmas books as I can during the next few months, so was happy to pick up these two cozy mysteries. I listened to both of them on audiobooks on Hoopla, through my local library. Both of the audiobooks were nicely done, but not outstanding. I still enjoyed listening to them as the narrators had pleasant voices with good expression. 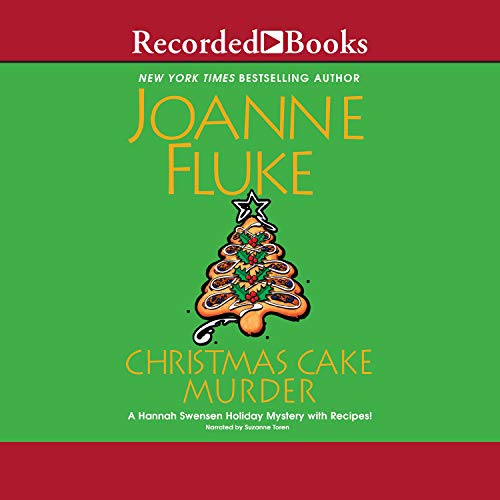 This series has been hit or miss with me, so with my Christmas Readathon, I thought I would give this one a go. I was pleasantly surprised to realize that this was a prequel to the series and we learned how Hannah became the owner of The Cookie Jar and other things about several of the recurring characters in this series.

Essie Granger has broken her hip and is in hospice because she can’t go home alone. Hannah visits and Essie reminisces about the Christmas Ball and Parade of Cakes from many years ago. She also gives Hannah a journal that contains a story she wrote. To help bring her mother back to life after the death of her husband, she is able to convince her to help organize a Christmas Ball in Essie’s honour. While working together with her mom, sister and some friends they take breaks while reading Essie’s journal. I enjoyed both parts of this story. There wasn’t really a mystery to solve in this one, except the one that pops up in the last couple of chapters, but I still really liked this story. There are a lot of wonderful sounding recipes included, although I wish they were at the end and not interspersed throughout the book. If you are a fan of this series, I think you would enjoy this book as it gives you a great story about the background of many characters. I may go back and read some of the ones I missed along the way. 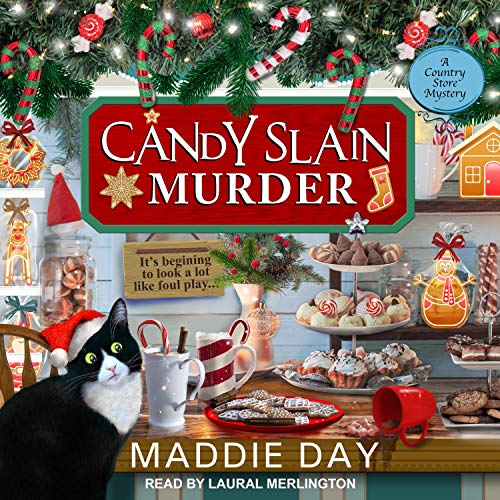 This is the most recent offering in the “A Country Store Mystery” series by Maddie Day. This was a Christmas story, so there is a bit more cozyness but not as much as I would have hoped. However, I still very much enjoyed this story with not one, but two mysteries to solve during the holiday season. Shortly after the story begins, a young man enters Pans “N Pancakes claiming to be Dana’s half-brother, who was given up for adoption when he was born to an unwed Mayor Corrine Beedle. Robbie doesn’t feel right about this man and wants to find out more about it. The second mystery involves a skeleton found in the attic of a house that has a fire. It is the body of the missing wife of the Doctor that owns the house. He claims she left him years earlier and has no idea how her body ended up in the attic, of course, Robbie does not believe that story at all. She has some serious investigating to do in order to get South Lick’s holiday celebrations back on track.

This is one of my favourite cozy mystery series. It is also one that I am actually caught up on. I always enjoy the restaurant atmosphere and Robbie’s relationship with her staff and the locals who come to eat at Pans ‘N Pancakes. When it comes to dialogue I love some of the sayings used by the locals, they always make me smile. Robbie is a likable and relatable protagonist, who doesn’t jump blindly into sleuthing and leave her business in the hands of others. The mystery was solid and kept me guessing. The culprit was one of the main suspects, so the reveal didn’t come as a huge surprise. All in all, this is a wonderful addition to the series, with well-developed characters, delicious sounding food, a small-town setting, and well-written mysteries.