I have been listening to and reading several cozy mysteries, some with a Halloween theme in October. Here are some mini-reviews of the most recent one. Clicking on the cover will take you to Goodreads for the description. All were provided to my by the publishers upon request. The rating and opinions shared are my own. 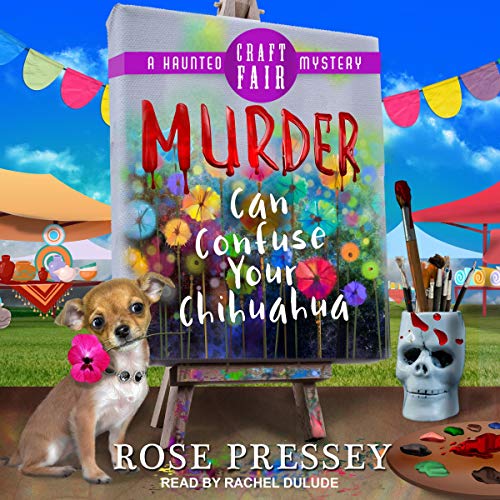 Murder Can Confuse Your Chihuahua by Rose Pressey

Celeste has just arrived at the craft fair in North Carolina, only to find a dead body down by the river where she has gone with her chihuahua while walking him. Shortly after reporting her find, she realizes that she has acquired a new friend, who happens to be a ghost. With the help of this ghost, a local medium and Caleb, a detective, Celeste sets out to find the murderer.

Celeste is quite the character. She is smart and tenacious, but she also has some paranormal abilities. She paints dead people into her paintings and they come back as ghosts. She is also able to communicate with spirits and uses them to get information about crimes. Van Gogh, her dog, is a great character as well. He seems to also have some abilities that tend to lead Celeste into danger, but she loves him and takes him with her everywhere. Being at a craft fair, you know you are going to meet some quirky characters which adds some fun. No one does paranormal cozies like Rose Pressey. I enjoy her writing and the way she develops her stories. The murder mystery was intriguing, with enough suspects and twists and turns to keep you guessing. I was pretty sure who the murderer was and I was right, but it was more a feeling than knowing for sure. Overall, this was a very light, enjoyable mystery and I enjoyed it quite a bit. The audiobook was narrated by Rachel Dalude. She is a narrator I have come to enjoy. She puts in a positive performance with great expression and tone. 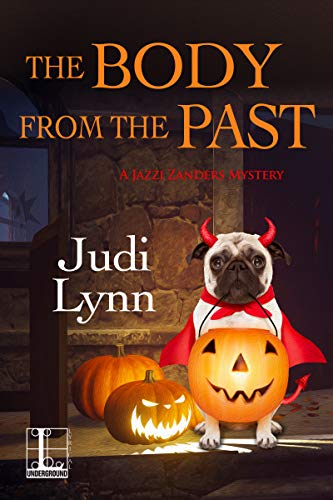 The Body From the Past by Judi Lynch

Jazzi has discovered bodies in each of the previous books in this series, but this time, it is a cold case. When Jazzi and her team find a bedroom locked in the house they are working on to flip, they get it open to find out that it was the bedroom of a girl who had been murdered several year ago. Jazzi can’t bring herself to destroy her journals and personal treasures so she takes them home and begins to read them. Next thing you know, Jazzi is investigating.

Jazzi is a great protagonist. She has a loving family, is happily married, works hard, is a great cook and loves entertaining. This series is light and easy to read. I like that Jazzi doesn’t take chances or do anything foolish to figure out what happens. She works with, yes you heard it right, with a police detective, which keeps her safe. There was no show-down or gripping reveal in this story, it was just good investigating and a bit of the sight from her grandma, that led to revealing who was behind the cold case and a more recent death. I will say that I did not enjoy this one as much as the others in this series, but it was an easy to read, interesting cozy with some Halloween fun thrown in. 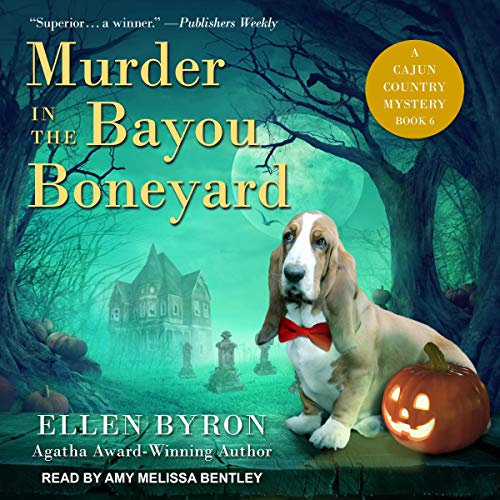 Murder in the Bayou Boneyard by Ellen Byron

I do love this cozy mystery series. The Cajun Country series is set in Pelican, Louisiana at the Crozat Plantation and neighbouring area. Trying to help her families B&B as well as other local ones nearby, the are putting on “Pelican’s Spooky Past” featuring regional crafts, unique menus, and a pet costume parade. Add in a spine-chilling play “Resurrection of a Spirit” being held at the decrepit Dupois cemetery and you know you are in for a frightful event. Of course there is a dead body, but that is not right away, the first mystery is who is dressing up as pine-chilling play Resurrection of a Spirit, trying to scare people away from the B&B.

I have read all of the books in this series, and have enjoyed each one. The mystery is always well-written and plotted, but the bonus for me is learning about the holidays, the celebrations and the culture of the area. Each mystery is a standalone story, but the personal life of the characters is ongoing and the storyline of the struggles of the family in keeping the B&B running develops throughout the books. Maggie is a great protagonist and all her family members are wonderful characters. There are also many recurring secondary characters that add some humour, quirkiness and southern charm.

Amy Melissa Bentley was the narrator of the audiobook and always does a great job with her performance. She does have a young voice which fits Maggie well. She does a southern accent well, but at times it is a bit sweet. I enjoy the voices she gives to the other recurring characters as well. I definitely recommend this book and series.