During the last few weeks, I have busily reading and listening to books, but have not posted my reviews. Instead of inundating you, my wonderful followers, I am going to post a group of mini-reviews. I hope I can entice some of you to pick up one or more of these books for your own enjoyment. 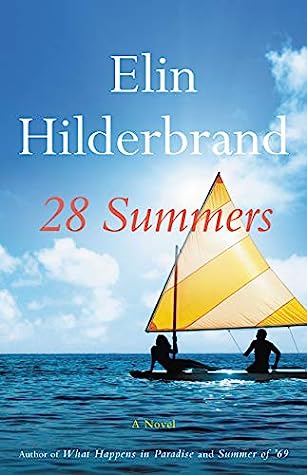 28 Summers is an enjoyable “same time next year” novel. It is a beautiful and sometimes sad love story between Mallory and Jake. One of the things I loved about this book was the opening to each chapter. The listing of what was happening that year brought back wonderful memories. Is what Jake and Mallory are doing wrong? Is it okay to have a once a year affair? I did not judge while reading this one, I just went with the story. Both were okay with the situation on one hand, but had so many regrets. It was an easy to read story with likable characters. The opening lets us know how this story is going to end, but it still seemed a bit abrupt. This was an enjoyable summer read, one of the reasons why I look forward to Elin Hilderbrand’s summer story. 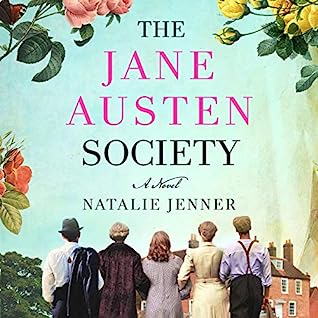 I have never read a book by Jane Austen, but have seen several movies and adaptations of some of her more popular books. After reading this book, I may actually pick up a couple to read. This story is set in the village of Chawton where Jane Austen lived out her final years. The owner of the cottage where she lived is not pleased with the tourists that make the pilgrimage to his property. He is also a curmudgeon who has ruined his daughter’s life by turning away all suitors, but then being angry that she has not produced an heir. She is a recluse, but has a few people that she sees and talks to. There is a small group of people that want to preserve Austen’s home and books and work behind the scenes to do that. We get to know these individuals, their dreams, their lives and the reasons for their love of Austen. I came to like each and every one of them and was rooting for their success. This is definitely a character driven novel. There is some sadness and happiness in this story. It is a story that made me think about books, authors and the people who love them. It also provided an enjoyable story about those people and their lives. You do not have to be a Jane Austen fan to enjoy this book, I wasn’t, but I may become one. A lovely story that I recommend. I listened to the audiobook narrated by Richard Armitage. This was a great choice for a narrator. His soothing voice read this story to me so I could just enjoy hearing about the First Jane Austen Society. 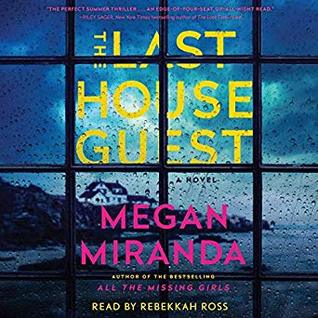 This was an amazing read/listen for me. I listened when I was doing stuff like cooking, eating etc. and read when I has the chance. I did not want to put this one down once I got into it. This is Avery Greer’s story. Her best friend Sadie Loman dies during the last weekend of the summer. It is ruled suicide, but Avery never believes that Sadie would kill herself. I really liked this one. I wanted Avery to find out who was behind Sadie’s death. I also wanted her to prove to the Loman family that she was not to blame. Avery was tenacious yet still scared about things happening. She was extremely loyal to Sadie and her friends and had to tread carefully. The characters were developed throughout the story and I had a love/hate relationship with many of them. This was slow to start, but once it got going it moved quickly and I was quickly turning the pages to find out what was going to happen next. I found a lot of it tense and twisty and it had me wondering what was going on. I was taken by surprise by the ending as I thought I had it all figured out, wrong. There were some things unveiled that were sad, yet added much to the story. I don’t want to add anymore to this as it is important that you read it yourself and learn what happened to Sadie. The narrator, Rebekkah Ross did a good job with the book. Her voices were well done and I liked how she used her tone of voice and expression to add suspense and mood. 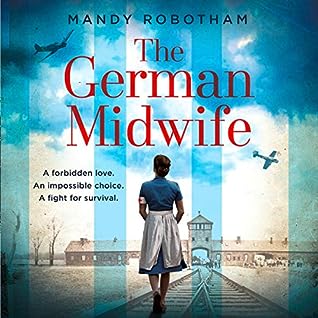 I have read many different books set during WWII, but this one was quite different. German midwife Anke Hoff is sent to a camp due to her defiance of the edict that any children born with a disability of any kind should not leave the hospital. Once in the camps she is responsible for delivering the babies of the interned, most of them Jewish. This was just terrible as the babies were often killed or left to die after their birth. She does what she can and becomes quite renowned for her skills. When she is plucked from the camp to work as a midwife at the Berghof of one of Hitler’s inner circle. I won’t say anymore about the story, as each reader needs to learn what happens next on their own. I did like Anke as a character. She was moral, had strong character, and was willing to do what she felt was right. Once at the Berghof she found herself befriending several people who lived there and even finding some romance. There was a bit of an unbelievable storyline at that point, but the author writes it in a very believable way, it even had me thinking, what it? The story before she is moved from the camps was the most interesting to me. I found the dilemma of does every child deserve a chance to live quite strong. Today, this is not as much of an issue with all the medical advances we have, but in the 1940s things were very different. A very interesting story. The narrator, Julia Winwood did a nice job with this story. Her accents, expression and tone added much to the story.