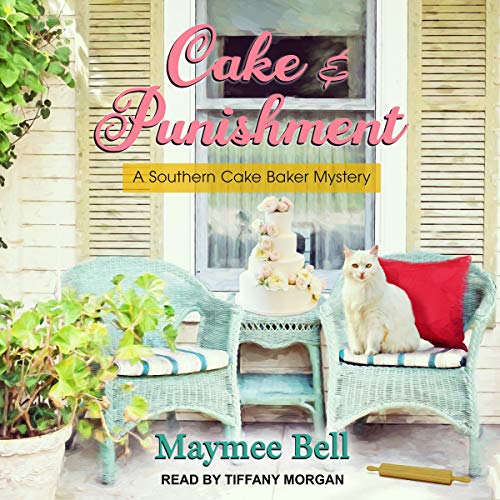 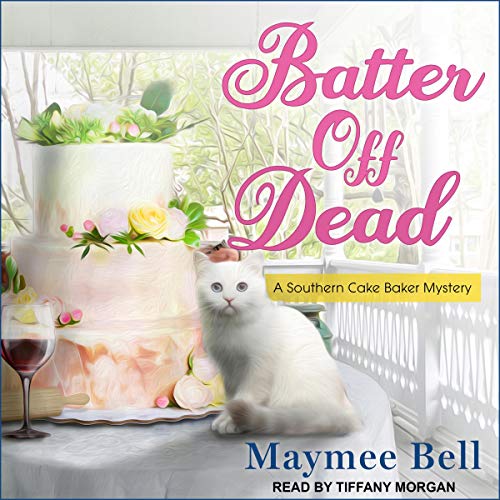 I recently listened to the first two books in the A Southern Cake Baker Mystery series by Tonya Kappes. Both books were narrated by Tiffany Morgan. These are both very quick reads or listens. Tiffany Morgan has a very saccharine sweet voice which fits for these southern cozy stores, but can be annoying after awhile. She has good expression and pacing for the books and I do enjoy her voice for not only Sophia, but her mother as well.

This is the first book in a new cozy mystery series penned under the name Maymee Bell, actually Tonya Kappes. It has her fun and easygoing style that I would expect from this author. It takes place in the south, Kentucky with some southern humor. Sophia Cummings has returned home for visit while nursing her wounds after catching her boyfriend with the hostess of the restaurant where they work. While she is there, she finds the chef of the country club dead in the kitchen. When her friend, manager of the country club is the main suspect. she steps in to see what she can find. I enjoyed this story with its various characters and easy to follow plot. There were a few red herrings, several suspects and some danger that Sophia got into, all in all, a cute cozy. I did figure out who the culprit was quite early in the story. If you enjoy a fun, Southern cozy mystery, then pick up this series.

I enjoyed book #2 in A Southern Cake Baker Mystery much more than the first one. In this book, we find Sophia in Rumford Kentucky after deciding to stay in the first book. She has opened a baker, “For Goodness Cakes” and is trying to get her new business off the ground. She is preparing for her first big catering job at the Library Fundraiser being held at the local winery. Of course, someone ends up dead at the event, and Sophia is the one that stumbles over the body.

The mystery in this book was well plotted. It had some interesting twists, several suspects and a few red herrings. We get to know some of the characters in Rumford better, and they are more involved in the storyline. Even Bitsy gets involved in the mystery. There were some interesting storylines involving a bit of romance and a story about the previous bakery owners. I liked the southern charm in these stories, the sayings, as well as the debutante/county club themes. This is a fun cozy that was well written with some humor mixed in with the twisty plot. I did not guess the culprit in this one, which I always like, and the reveal was well done and made sense. Not sure if there will be more in this series (this one was written almost 2 years ago) but I would read more if it does.