I didn’t get the book read from my list this week, so I will just showcase a book that I read in the past. I read this book before I started reviewing, so did not have a review to add here, but I remember this book. I remember how it made me feel and how much I fell in love with this dog. This week I am highlighting:

Oogy: The Dog Only a Family Could Love by Larry Levin 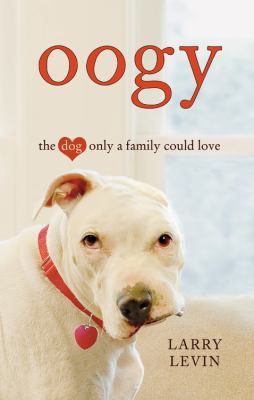 In the bestselling tradition of Rescuing Sprite comes the story of a puppy brought back from the brink of death, and the family he adopted.

In 2002, Larry Levin and his twin sons, Dan and Noah, took their terminally ill cat to the Ardmore Animal Hospital outside Philadelphia to have the beloved pet put to sleep. What would begin as a terrible day suddenly got brighter as the ugliest dog they had ever seen–one who was missing an ear and had half his face covered in scar tissue–ran up to them and captured their hearts. The dog had been used as bait for fighting dogs when he was just a few months old. He had been thrown in a cage and left to die until the police rescued him and the staff at Ardmore Animal Hospital saved his life. The Levins, whose sons are themselves adopted, were unable to resist Oogy’s charms, and decided to take him home.

Heartwarming and redemptive, Oogy is the story of the people who were determined to rescue this dog against all odds, and of the family who took him home, named him “Oogy” (an affectionate derivative of ugly), and made him one of their own.