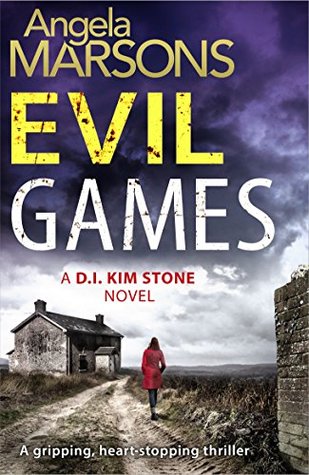 Published May 29th 2015 by Bookouture

Oh my, I understand what all the accolades are about. It has been at least a year since I read Silent Screams the first book in the series, and I really want to read these books this summer. I devoured this story and am ready to go with the next in the series. This is about a horribly damaged Detective, who lives to right the wrongs. Kim Stone is smart, has instincts that you can’t teach, very poor social skills, a work ethic that is daunting, yet inside is a wounded bird that she keeps caged. This story has two cases going on, which is more believable than the police concentrating on only one case for weeks and months. The opening of the book is a bust of a man who is sexually abusing his daughter. It is not vividly described, but you know what has been happening. At that point I wasn’t sure if I could continue, I don’t read dark stories as a rule, but I am glad I continued. The second case revolves around a psychiatrist who is manipulating her patients into getting revenge against people who have hurt them. This one interested me quite a bit.

This story gives us a more insight into Kim Stone. She has had a tough life and is still playing it close to the chest with her past, but shares a bit with her partner in this book. I enjoy the camaraderie that Kim’s team has. Her partner, Bryan, is a great guy. He is married with a family, yet he always has time for Kim. He is the only one she will allow certain comments, insights and jokes to be made. They are like opposite sides of a coin and work well together. Her nemesis in this story, Dr. Alex Thorne, is as good a sociopath as any I have read. She was so smart, and her ability to ferret out information left me in awe. She was sneaky, ruthless and of course has not conscience, but she has met her match in Kim. I do not want to spoil this story for anyone who may not have read it yet, but it had me on the edge of my seat. It was a well-written and plotted story with the right amount of suspense and twists to keep me turning the pages. Great book that I definitely recommend to those who enjoy police procedurals with some twists and thrills. 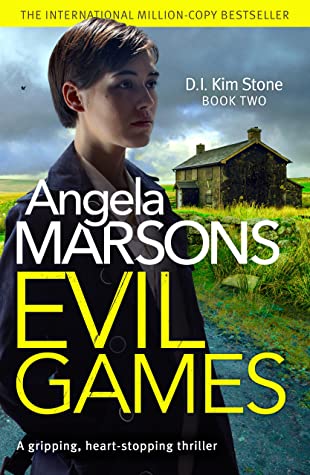 About the Book (From Goodreads): The greater the Evil, the more deadly the game…

When a rapist is found mutilated in a brutal attack, Detective Kim Stone and her team are called in to bring a swift resolution. But, as more vengeful killings come to light, it soon becomes clear that there is someone far more sinister at work.

With the investigation quickly gathering momentum, Kim finds herself exposed to great danger and in the sights of a lethal individual undertaking their own twisted experiment.

Up against a sociopath who seems to know her every weakness, for Detective Stone, each move she makes could be deadly. As the body count starts to mount, Kim will have to dig deeper than ever before to stop the killing. And this time – it’s personal. 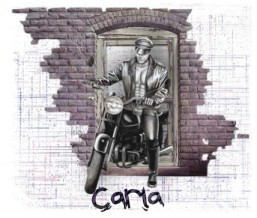