The Black Swan of Paris by Karen Robards #Book Review, #3-20 Books of Summer 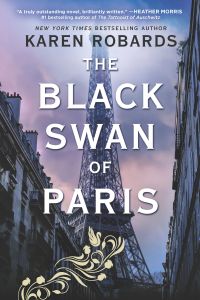 The Black Swan of Paris by Karen Robards, Narrated by Nancy Peterson

Book Summary: For fans of The Alice Network and The Lost Girls of Paris comes a thrilling standalone by New York Times bestselling author Karen Robards about a celebrated singer in WWII occupied France who joins the Resistance to save her estranged family from being killed in a German prison.

In Occupied France, the Resistance trembles on the brink of destruction. Its operatives, its secrets, its plans, all will be revealed. One of its leaders, wealthy aristocrat Baron Paul de Rocheford, has been killed in a raid and the surviving members of his cell, including his wife the elegant Baronness Lillian de Rocheford, have been arrested and transported to Germany for interrogation and, inevitably, execution.

Captain Max Ryan, British SOE, is given the job of penetrating the impregnable German prison where the Baroness and the remnants of the cell are being held and tortured. If they can’t be rescued he must kill them before they can give up their secrets.

Max is in Paris, currently living under a cover identity as a show business impresario whose star attraction is Genevieve Dumont. Young, beautiful Genevieve is the toast of Europe, an icon of the glittering entertainment world that the Nazis celebrate so that the arts can be seen to be thriving in the occupied territories under their rule.

What no one knows about Genevieve is that she is Lillian and Paul de Rocheford’s younger daughter. Her feelings toward her family are bitter since they were estranged twelve years ago. But when she finds out from Max just what his new assignment entails, old, long-buried feelings are rekindled and she knows that no matter what she can’t allow her mother to be killed, not by the Nazis and not by Max. She secretly establishes contact with those in the Resistance who can help her. Through them she is able to contact her sister Emmy, and the sisters put aside their estrangement to work together to rescue their mother.

It all hinges on a command performance that Genevieve is to give for a Gestapo General in the Bavarian town where her mother and the others are imprisoned. While Genevieve sings and the show goes on, a daring rescue is underway that involves terrible danger, heartbreaking choices, and the realization that some ties, like the love between a mother and her daughters and between sisters, are forever. 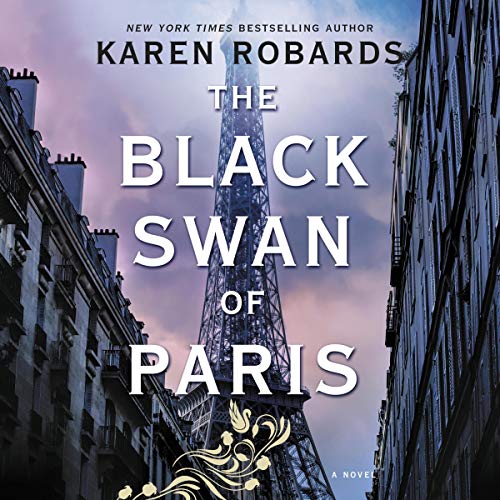 I have read many books by Karen Robards, but this historical fiction story was totally unexpected in a very good way. It is 1944 and the war is nearing its end. The Germans are worried about the Allied attack and where it will occur. Genevieve Dumont is a famous songstress who often performs for the German troops in Paris. She is known as the Black Swan, named after one of her costumes she performs in. What she doesn’t know is that her manager, Max, her parents and sister are all working for the resistance. When she finds out that her father is dead and her mother is in danger, she begs Max for his help. This is a fast paced story dealing with the resistance, spying, with a bit of romance and family drama.

Genevieve Dumond is actually Genevra de Rocheford who had a falling out with her family years ago. She ended up in America performing and eventually came back to Europe and began performing. She does not like the germans anymore than the other French and when the opportunity arises to work with the resistance, she jumps at the chance. She is a very feeling woman, but is also strong and independent. There is a past timeline dealt with flashbacks from Genevieve/Genevra where we learn about her past and the falling out with her family. The second protagonist is Max, a Brit and spy who is in the role of Genevieve’s manager. There is some tension between the two that increases once Max tells her about his role in the resistance. Overall, this is a story about secrets, espionage, danger, loyalty, family, love and war. This story had me quickly listening and reading to find out what was going to happen, especially once Emmy (Emmanuelle), Genevieve’s sister, shows up in the story. This was a well written and plotted story, with well developed characters. Karen Robards uses historical information to make this story realistic and enjoyable for those who enjoy historical fiction especially WWII stories.

I did a read/listen with this story. Narrator, Nancy Peterson, performs this story with emotion. She gives an individual voice to Genevieve, Max, and the other characters in the story. The accents were well done and made this book feel like I was listening to multiple narrators. I will definitely look for more books narrated by this talented voice. I definitely recommend this audiobook to those who enjoy audio versions of stories. The publisher generously provided me with a copy of this book upon request. The rating, ideas and opinions shared are my own. 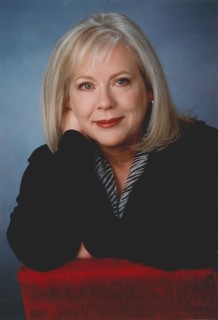 About the Author: Karen Robards is the New York Times, USA Today, and Publishers Weekly bestselling author of more than fifty books and one novella. Karen published her first novel at age 24 and has won multiple awards throughout her career, including six Silver Pens for favorite author.

Karen was described by The Daily Mail as one of the most reliable thriller….writers in the world. 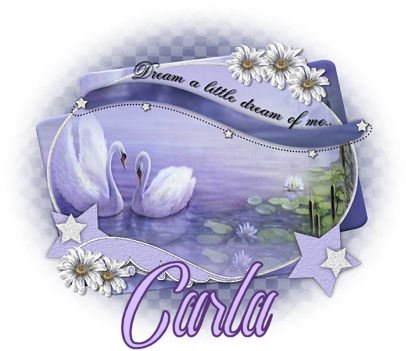 14 thoughts on “The Black Swan of Paris by Karen Robards #Book Review, #3-20 Books of Summer”