Mini-Reviews: Botched Butterscotch, The Two-Family House, What Happens in Paradise

Hello all. I have gotten behind on my reviews, so rather than inundate you with post after post, I am doing small groups of reviews with a button to go to Goodreads to read the synopsis. All of these books were audiobooks that I was able to get from the library, so I was able to do a read/listen. Botched Butterscotch and The Two-Family House were also provided by the publishers through Netgalley upon my request. The rating, ideas and opinions shared are my own. 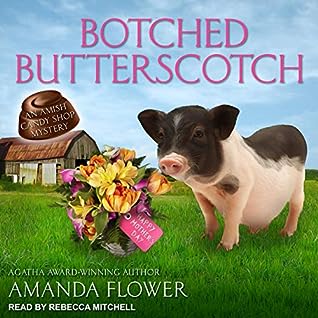 This was a very short, quick story in the Amish Candy Shop series. It was not a murder, but a theft. We meet a new character, Polly Anne, the owner of Abigail’s Farm, a drug rehab facility for women that I hope we will see more of. We also meet Bailey’s parents. I am not very impressed with her mother. She seems overbearing and does not really listen to Bailey. She tries to override her decisions and is rather phoney. This story sees the money raised at the Mother’s Day Tea for Abigail’s Farm being stolen. It was a fun read to fill in an hour in the afternoon. I would not recommend this one to anyone who is not familiar with the series as there is not much time for character development or to get a feel for the town. Overall an enjoyable story to keep the interest of those who enjoy this series. 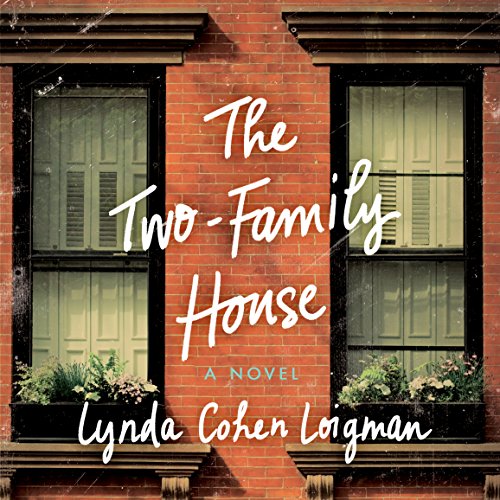 Brothers Mort and Abe took over the family business when their father died. Mort had been in college and he dropped out to work with his brother. It is a decision that he is angry about for the rest of his life, but he internalizes those feelings and his personality changes. Abe is the happy-go-lucky brother that everyone loves and wants to be around. He is the face of the company, while Mort does the books, he is the numbers guy. The are married and sharing a duplex. Abe has 4 boys, Morty has 3 girls. Each of their wives, Rose (Mort’s) and Helen (Abe’s) is expecting at the same time. They go into labour during a snowstorm and the babies are delivered by a midwife at home. Surprisingly, Rose finally has her boy, and Judith has her girl. As they grow up, Teddy and Natalie become best friends, almost like twins. What happens to the families based on the decisions made that stormy night is at times expected and others surprising.

The setting for this novel is New York in the fifties. I enjoyed the closeness of the families, even living in the same house. They did everything together and the kids were more like siblings than cousins. Abe and Mort were like normal brothers who got along, but there were some cracks in that relationship, many one sided. It seemed to me that Mort blamed Abe for what happened in his life, but didn’t realize that was what had shaped his path. There is a tragedy in the story that again, caused shifts in the lives of the families. The author also dealt with the beliefs of females and higher education at the time. This was a well-written family saga that I enjoyed. This is the story of two brothers and their families. It involves secrets, choices made, anger, forgiveness and love. What would you do to save your family and marriage? 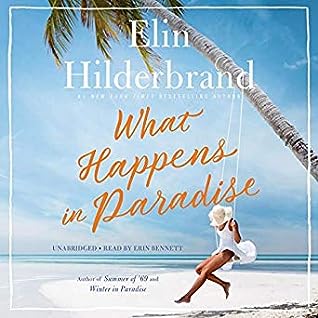 This is the second book in the Paradise series and though I loved the first one, this one was just okay for me. In this story, the Steele family have all moved to the island of St. John at some point and taken up residence in the home purchased by Irene’s husband and their father, Russ. There is some relationship building with islanders and some soul searching by Irene. It is a very slow moving story with a bit of an undertone with the FBI lurking in the background. The one thing I liked is that Cash is finally finding himself. Baker is not likable at all and seems to be very selfish. I did like getting to know the islanders a bit better as well as Russ’ other daughter. The book has several POVs, Irene, Cash, Baker, Ayers (Rosie’s best friend) and Huck (Rosie’s adoptive father), and Rosie through her diary. It was nice to get the back story of how Rosie and Russ ended up together and on the helicopter together when it crashed. There are some themes in the story of betrayal, cheating, love, money laundering, victimization and friendship. Once again, there is a cliffhanger at the end to get us anticipating the next in the Paradise series. I did enjoy the story, but not nearly as much as I expected. I hope the next book in the series is as good as the first. 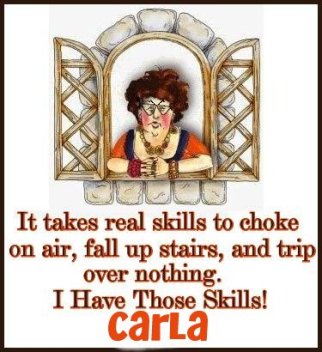 13 thoughts on “Mini-Reviews: Botched Butterscotch, The Two-Family House, What Happens in Paradise”