All the books i this post are basically stories for toddlers, or for early readers to read independently. I read them with one or both of my grandchildren.  All the books reviewed in this post contain comments and thoughts from them where applicable. The publishers provided copies of these books via Netgalley, upon request. The rating, ideas and opinions shared are our own. 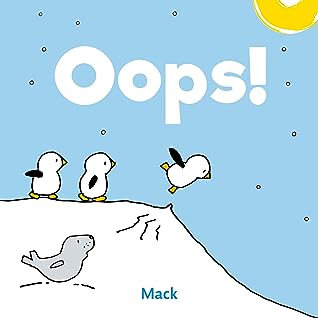 I really liked the idea of this book, that it is okay to fall/fail when trying something new, but don’t be afraid to try again. When I read this book to my granddaughter, I felt it missed the mark. As much as the illustrations were cute and showed the animals falling, they didn’t really show them getting up and trying again. My granddaughter laughed and thought the animals were cute and funny. We talked about laughing when someone gets hurt, because I don’t want her to become “that kid” and she was sure the animals were okay. The message was saved for the end of the book and it was still a bit murky. To get the message across, you need to talk about the book and we read it again with that in mind. A cute book for a library. 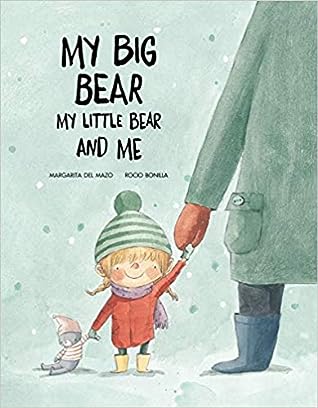 My Big Bear, My Little Bear and Me by Margarita Del Mazo, Rocío Bonilla (Illustrator)

This is a short and sweet story about a little girl and her dad. She goes outside to enjoy a snowy day and has her two bears, one in each hand. One is her stuffed teddy and the other is her dad. Now this story hit home as my son is a stay at home dad, who actually looks a bit like a teddy bear. The little girl tells the reader/listener what each bear does for her such as giving her warmth by snuggling her in his coat, or helping her make a new friend. The illustrations are quite cute. Her father is depicted, as large, gigantic, comforting presence. We never see his face, which is interesting. I guess it doesn’t matter what he looks like, it is the feelings he engenders in his daughter that are important. This is not a long book, so great for little ones, but it is a sweet picture book that nicely portrays that father-daughter relationship. This would make a great gift for new parents complete with a small teddy bear. 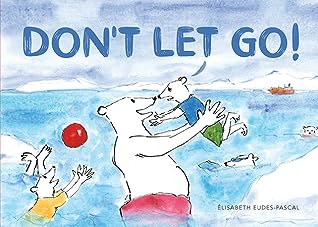 This is the story of a young polar bear who is afraid of the water. The rest of the family are all having fun swimming and playing in the water, but he won’t let go of his father. Eventually, after having some fun and watching his siblings, he realizes that he has let go of his dad. the illustrations are cute and detailed. The text is told in speech bubbles and could be read around the page. My granddaughter thought it was all pretty funny. I was a bit worried about the behaviour of the young bear as he hit, poked and abused his poor father with the various toys, as well as being rather grabby. I hope that part was not noticeable to my granddaughter, she just thought it was funny. 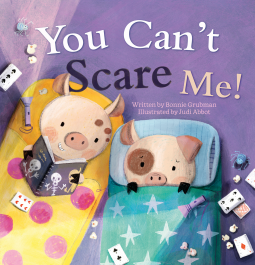 You Can’t Scare Me by Bonnie Grubman, Judi Abbot (Illustrator)

I read this book a couple of times because I thought maybe I had missed something, but no, I didn’t. I loved the cover of this one and the synopsis, but once I read it, it is not a book I would read to my grandchildren. Walter and Willy are best friends, but very different. When Willy sleeps over at Walter’s, Walter is not very nice to him. He continues to tease him even when he is asked to stop. he tries to scare him until Willy gets angry and leaves on his own. All things that I do not want my grandchildren to emulate. Best friends should not treat each other that way. The thought of Willy leaving and heading home at night without telling anyone is really scary. To top it all off, the problem is “solved” by Willy doing the same thing to his “friend”, It is the whole if he can do, I can do it right back, which again, not a message I want to send. What happened to “two wrongs don’t make a right”. This is sad because the illustrations are wonderful and whimsical. Unfortunately, this is not one I would recommend. 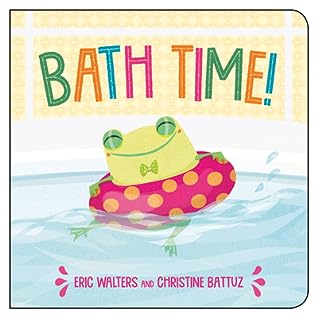 This is a very short, but cute book, perfect for bathtime. The book shows eight different animals in the tub doing what that particular animal does. The illustrations show stylized animals in bright, vivid colours with one sentence per page. Some of the text is: Sea Otters soaking in the shallows, Beavers bathing in the bay and so on. There was a lot of vocabulary that had to be explained to my 3 year old granddaughter, but she still loved the book. My 6 year old grandson read it to me with some assistance with unfamiliar words. We liked this one and I recommend it to families. A great story to read before or after bathtime. 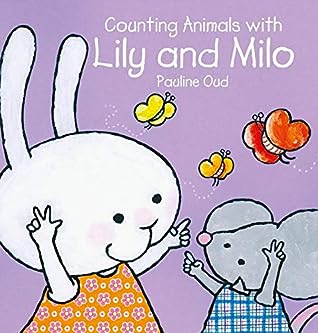 Counting Animals with Lily and Milo by Pauline Oud

You can never have too many counting books, and the adorable illustrations in this one make it a winner. The important thing when reading this one is to listen carefully to what they are counting, so it is also a good story to work on attention to detail. My 3 year old granddaughter liked it and asked me to read it again. My 6 year old grandson was able to read it to her, so that is always a big positive. As I said earlier, the illustrations are wonderful and we spent some time talking about them as well. One I definitely recommend to families, preschools and public libraries.