I spent two days with my two oldest grandchildren, one at a time over the last week. We were so happy to see each other, that we read books, played games, did puzzles and watched movies. I loved being able to read with them in person and not just over the computer. All the books reviewed in this post contain comments and thoughts from them where applicable. The publishers provided copies of these books via Netgalley, upon request. The rating, ideas and opinions shared are our own. 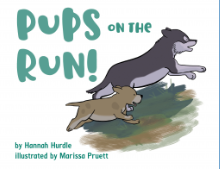 Pups on the Run by Hannah Beene Hurdle is a cute adventure story about two mischievous pups. The story follows Kaya and Hazel, two dogs who can’t resist the open gate. They want to see what is out there, so off they go, playing in the big, wide, world. They are having so much fun, they don’t realize it is getting dark. When they try to find their way home, they realize they are lost and begin to wander into the woods. Hazel gets quite scared, but eventually they see and smell some familiar sights and quickly make their way home. Both my grandchildren were happy that they made it home safely and were quick to point out that they shouldn’t go out alone, but we also talked about who might have left the gate open. There is not really a strong message in this one, just a cute story about two dogs having an adventure. The illustrations were quite cute and we enjoyed the expression on their whimsical faces. Both the 3 and 6 year old enjoyed this story, but each took something different from the story. I recommend this to families with dogs, as well as schools and classrooms especially when learning about pets and how to care for them. 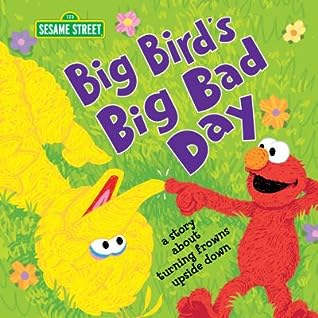 I always love Sesame Street books and this one was able to capture the Sesame Street feel through the illustrations. The illustrations were perfectly detailed and the choice of colouring was wonderful. The emotion shown in the pictures is well done and you can see Big Bird changing as the story continues. Big Bird is having a blue day and Elmo shows up just in time. He takes Big Bird around Sesame Street to talk to all their friends and find out what they do when they are feeling down. There are some great examples of things you can do to cheer yourself up when you are feeling gloomy. What a great story to show children that everyone has an off day and it is okay. It is also a great story to show children that it is okay to talk about your feelings. This is a great book for a family library and for kindergarten classrooms. 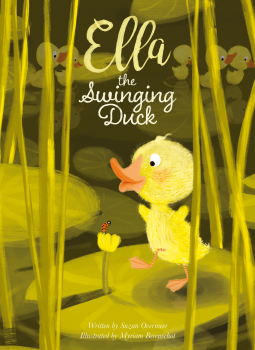 Ella the duckling was born into a posh duck family. She didn’t really fit in, she wasn’t proper, she wanted to sing and sing loudly. After being made to feel bad and wanting to find someone to sing with her, she wondered off looking for a friend. She finds a friend who wants to make music as much as she does and boy are they swinging. When they head back to Ella’s home, the rest of her family come to agree that music is fun and they enjoy it. A simple story with a couple of messages, one of acceptance of others and one of being true to yourself. My 3 year old granddaughter just thought it was a silly story, the 6 year old got more out of it. As the person reading the story, I will say some of the text was hard to read for these old eyes. It was small and the backgrounds it was on were sometimes dark. The story was cute and both kids enjoyed it as well as the colourful and vivid illustrations. Overall a cute story, but not one they wanted to hear again. I recommend this one to libraries and schools. 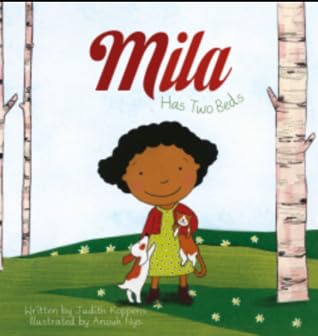 Expected publication: May 12th 2020 by Clavis

I read this book to my granddaughter, and even though she is not the child of a divorced family, she was able to relate to Mila by talking about her house and my house, along with the Nonni’s house. It was interesting to hear her talk about the things she had at each house and the things she had to do. Mila has two homes, two beds, two pets, and the love of both parents. Differences were noted such as rules being a bit different, bedtime rituals (ie. stories read vs being made up) etc. Mila accepts the differences and moves happily from one house to the other. I loved the illustrations showing all the differences such as her bedroom and personal items. This is a cute story that would be a good one for children dealing with separation and/or divorce or even blended families. 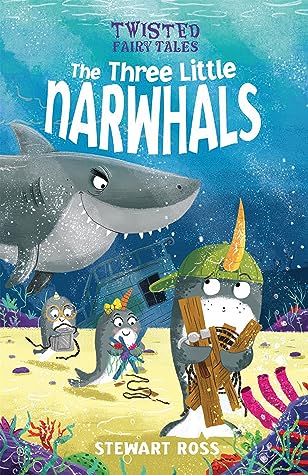 This is a fun retelling of The Three Little Pigs. The three narwhals found a sunken ship and decided to use it to make themselves houses. Like the original, the first house was made of sticks as well as cloths. The Big, Bad Shark comes along and chomps the house hoping to have a Narwhal to eat. Off the second house made of wood, then the third made of metal and cannons. The characters, named Spike, Spiral and Stubby were safe in the third house. Of course they didn’t cook the shark, but he ended up breaking all his teeth while trying to chomp the last house and was never seen again. The Narwhals have acclaim for defeating the shark and for their house building talents. The illustrations are wonderful in this book. I love the expressions on the various animals. A great story to read to older students when learning about Fractured Fairy Tales, or Retellings. It is also a fun story to read to younger children. I definitely recommend this one to families, schools and teachers. 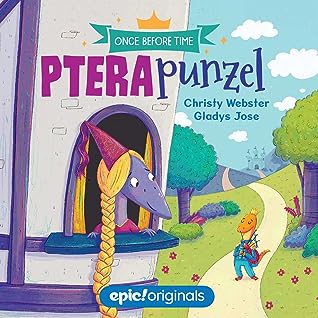 My grandson loves dinosaurs, so when I asked if he wanted me to read him this story, he was quite happy. As you can see from the title, this is a retelling of Rapunzel using dinosaurs. We have read the others in this series and enjoyed them all and this one did not disappoint. I was surprised he did not know the story of Rapunzel, so he had nothing to compare this retelling to. I thought it was very well done. The witch had trapped Pterapunzel because she didn’t want anyone else to hear her beautiful singing voice. There is a dinosaur prince, who makes music with her and runs off to get a ladder so she can escape. Meanwhile, the witch catches them together, and her actions to keep Pterapunzel and the Prince apart have surprising results. We both enjoyed the story and the colourful illustrations. I recommend this one to family, school, classroom and public libraries.