Cilka’s Journey (The Tattooist of Auschwitz #2) by Heather Morris 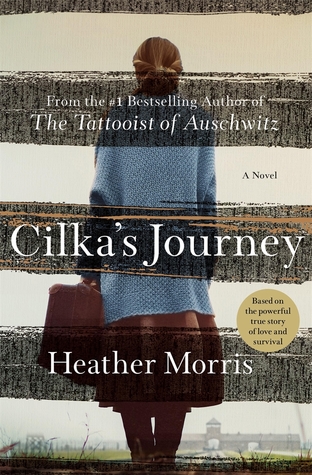 Cilka’s Journey (The Tattooist of Auschwitz #2) by Heather Morris

(The Tattooist of Auschwitz) that I put it off. I listened the previous one, so decided that I would read this one and I must say, I think I made the right decision. Although this says #2, you do not have to have read the first book to understand of follow the story here. There are characters mentioned from the first book, but that is it. This book was written after hearing about Cilka from Lale during interviews for the first book, but the author is clear that while the story is based on actual events, it is still a novel of fiction. She had to add much detail and many occurrences from her mind.

In 1942, Cecilia ‘Cilka’ Klein was taken to the Auschwitz-Birkenau Concentration Camp. She was only sixteen years old and was raped and taken as a mistress for a high ranking officer. Cilka was eighteen after liberation, but she was not set free. She was accused of prostituting herself and to being a spy due to the fact that she could speak other languages, specifically German. She is sentenced to 15 years in a prison camp in Siberia for collaborating with the enemy. No one understands or believes that she did what she had to in order to survive. Once again, Cilka  is thrown into a situation where she needs to use her wits, her intelligence and her looks to survive.

I dislike using the word “enjoy” when it comes to books dealing with the suffering and the horror of war, specifically WWII. I was hooked right from the start and although emotional and heartbreaking, I wanted to see what happened to these prisoners, specifically Cilka and her friends. These prisoners dealt with such harshness and cruelty, but there was also compassion, bravery and loyalty. Whenever one prisoner was cruel to another, I cried inside, but then had to put it in perspective and realize they were all trying to survive.

Whenever I read a book about the horrendous things humans to one another, I wonder how they can possibly survive these situations. I have met survivors of the Rawanda Genocide and they are so grateful to have survived and helped others, that it helps me to understand somewhat. I have no idea how I would deal with similar situations and pray that I never do. This is a book with characters that will remain with me for quite awhile. It has me thinking about many things. Heather Morris wrote a well-plotted story that shared a part of history that I was unaware of. A story of hope, survival and resilience of the human spirit. A story of love and compassion in very indifferent and cruel time. I definitely recommend this book. 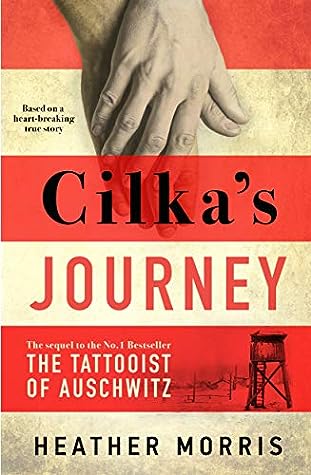 About the Book: “She was the bravest person I ever met.” —Lale Sokolov on Cilka Klein, The Tattooist of Auschwitz

Cilka is just sixteen years old when she is taken to Auschwitz-Birkenau Concentration Camp, in 1942. The Commandant at Birkenau, Schwarzhuber, notices her long beautiful hair, and forces her separation from the other women prisoners. Cilka learns quickly that power, even unwillingly given, equals survival.

After liberation, Cilka is charged as a collaborator for sleeping with the enemy and sent to Siberia. But what choice did she have? And where did the lines of morality lie for Cilka, who was sent to Auschwitz when still a child?

In a Siberian prison camp, Cilka faces challenges both new and horribly familiar, including the unwanted attention of the guards. But when she makes an impression on a woman doctor, Cilka is taken under her wing. Cilka begins to tend to the ill in the camp, struggling to care for them under brutal conditions.

Cilka finds endless resources within herself as she daily confronts death and faces terror. And when she nurses a man called Ivan, Cilka finds that despite everything that has happened to her, there is room in her heart for love.