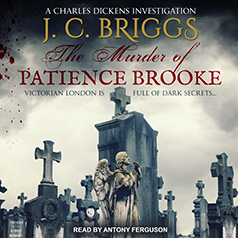 The Murder of Patience Brooke, the first novel in J. C. Briggs’s Charles Dickens Investigations series, is part historical fiction, part Victorian murder mystery. In this series, Charles Dickens poses an a highly observant investigator who teams up with Superintendent Jones from Bow Street police. He is the benefactor of a home that gives young women who have been in jail, lived on the streets or in workhouses, a second chance. When a young lady who works at the home as a tutor, companion, housekeeper, Patience Brooke is killed, Charles is adamant that he and Jones will find the murderer. As other murders occur during their investigation, they race against time to capture their man.

I enjoyed this Victorian Mystery, starring Charles Dickens. I enjoyed the name dropping from his stories as well as places and events that are in his books. Once Dickens and Jones were able to discover Patience’s past, they easily identified the culprit, it was proof, motive and actually finding him that took up the rest of the story. I liked the characters of Dickens and Jones. Given the time, they are both forward thinkers, supporters of women and orphans. The plot is well written and had me racing through this book. I liked that it was old fashion detecting and investigating that solved this mystery. There was very little graphic violence and swearing which I appreciated, but there is some discussion of child abuse. As the story came to a final climax, there was some excitement and a chase which does not end well for the killer. The story ends with Dickens and Jones heading back to London to resume their normal life, until the next murder.

I listened to the audiobook of The Murder of Patience Brooke narrated by Antony Ferguson. I do like that a book with predominantly male characters, is narrated by a male. His voices for Dickens and Jones were relatively similar, but I was still able to tell them apart. His pacing, emotions, and accents are well done and I enjoyed the story very much. I will continue to listen to this series narrated by the voice over actor. 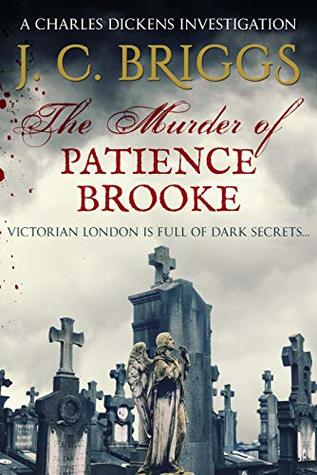 A brutal murder in Victorian London forces a famous writer to solve the mystery… London, 1849

Charles Dickens has set up Urania Cottage as a sanctuary for fallen women. But he is shocked when the matron’s assistant – Patience Brooke – is found hanging outside the property, covered in blood. Desperate to protect the reputation of the Home and to stop a scandal from spreading, Dickens takes the investigation into his own hands. With the help of his good friend, Superintendent Sam Jones of Bow Street, and a description of the suspect as ‘a man with a crooked face’, Dickens’s search takes him deep into the filthy slums of Victorian London.

Can Dickens save his reputation? Will he find out the secrets of Patience Brooke’s troubled past? Or will the killer strike again …? 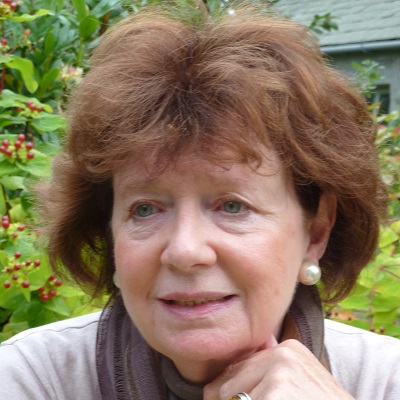 About the Author: Jean Briggs taught English for many years in schools in Cheshire, Hong Kong and Lancashire. She now lives in a cottage in Cumbria, a non-metropolitan county in North West England.

he Murder of Patience Brooke is the first novel featuring Charles Dickens as a detective and his partner, Superintendent Sam Jones of Bow Street.

The idea of Dickens as a detective came about when she read Dickens’s articles about the London police in his periodical Household Words. Dickens was fascinated by police investigation and by murder, in particular – there are plenty of murderers in his writing, and Dickens is credited with the creation of the first literary detective in Inspector Bucket who solves the murder of Mr Tulkinghorn in Bleak House. The second in the series is Death at Hungerford Stairs (2015), and the third, Murder by Ghostlight, set in Manchester and London, was published in 2016.