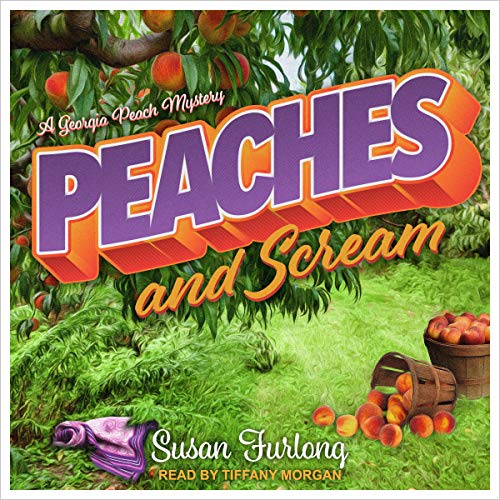 This is a book I have wanted to read for awhile, but when I saw that it was available on audio, I jumped at the chance. I love peaches and all that can be made from them. I also love Georgia having visited many places in that state. Add all that in with a cozy mystery, and I am going to read this one. Nola has returned home to Cays Mill, Georgia to help run the farm while her parents travel for their anniversary. What her family doesn’t know is that Nola no longer has her great job traveling the world. When someone is found dead in the orchard following the anniversary party, and Nola’s brother-in-law is the main suspect, she decides she needs to figure out who the real murderer is.

I enjoyed this story. There were a lot of characters that were introduced, some I liked, some not so much. I really like their neighbour and hope he will be in other books in this series. Nola is a great character. Not only is she smart and intuitive, but she is loyal, caring, helpful and willing to try something new to save the farm and orchard. I love the way she interacts with others, it is easy to see why she is liked. The story had some slow spots where I found myself thinking about other things, but overall, this was a well paced, well developed and interesting cozy mystery. There were enough suspects, a few twists and a humorous take down that I loved. I will be continuing with this series. The narration was performed by Tiffany Morgan. I have listened to other books she has narrated and I do enjoy her southern accents. She gave a distinct voice to many of the characters in the story. An enjoyable presentation with just the right expression. I would have appreciated a bit faster pacing though. The publisher generously provided me with a copy of this audiobook upon request. The rating, ideas and opinions shared are my own. 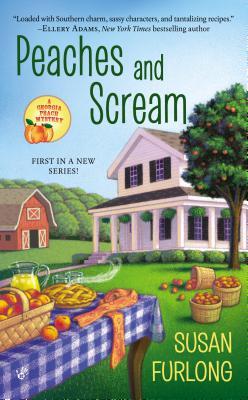 About the Book: To help run the family peach farm during her parents’ absence, Nola Harper returns to her childhood home of Cays Mill, Georgia, and soon discovers that things back at the farm aren’t exactly peachy. A poor harvest and rising costs are threatening to ruin the Harpers’ livelihood, and small-town gossip is spreading like blight thanks to Nola’s juicy reputation as a wild teenager way back when. But Nola really finds herself in the pits when she stumbles upon a local businessman murdered among the peach trees.

With suspicions and family tensions heating up faster than a cobbler in the oven, this sweet Georgia peach will have to prune through a list of murder suspects—before she too becomes ripe for the killer’s picking…
INCLUDES RECIPES