Hi everyone. Welcome to this group of mini-reviews of children’s books. I read these during the year in 2019, but for some reason, I never posted reviews. I have reread them all to try and remember what I thought and if I read them to my grandchildren, what they thought as well. All of these books were provided through Netgalley, however, the rating, ideas and opinions shared are mine and my grandkids. I wrote this post a couple of weeks ago and just realized  that I had never posted it. So, here it is. 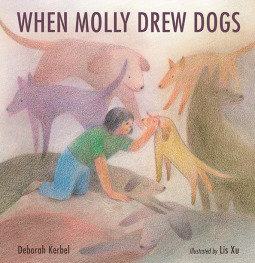 This is a picture book about young Molly who is dealing with a lot of anxiety. Her outlet is to draw, and draw she does. The wild dogs in her head are drawn everywhere. Just as there are many people who do not understand anxiety, everyone tries to get her to stop drawing her dogs. In a panic, she runs away and hides in a shed. She is found safely the next day by her teacher and instead of being admonished for drawing her dogs, she is encouraged to share her art. I am not sure about this book. It has me concerned about the running away part of the story. I know this is based on a Japanese folktale and has its use with children, but perhaps older ones who understand that the running away is metaphorical and not a good thing to do. I will not be reading this one to my grandson (who has a lot of anxiety issues) as I believe he is too young to understand the story. 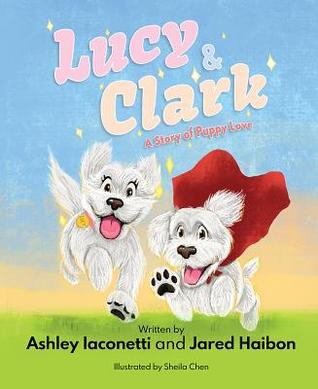 I enjoyed this children’s storybook about a nervous little dog called Clark. Clark was shy and didn’t want to play with the other dogs at the dog park. He meets Lucy, and wants to play with her but he is still worried. His owner, Tanner talks about fear and shares that he has had fears, but you need to face them to get over them. He also provides Clark with a superhero cape that gives him some confidence. He finds out that when he takes a chance, it might just work out for the best. This story is a cute one to share with children who have a fear of new things. There are so many children who are shy and afraid to make new friends, so this would be a good story to share with them. Talking about your fears is the first step in facing them and that is one of the messages in this book. I can see reading this to children who are about to embark on a new experience such as starting school, or another activity. The illustrations are wonderful. They are large, colourful and show such emotion. When I read this to my grandson, he identified with Clark immediately. He commented that sometimes I’m afraid to talk to people I don’t know. He thought it was funny that Tanner was afraid of spiders though. We talked about things he is afraid of and how he might be able to get over his fear. He said he likes to talk to his mom and dad about it and I encouraged him to keep doing that. I think they add much to the story. This book would make a great addition to a family library as well as schools and public libraries. 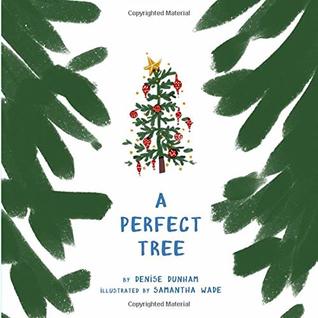 A Perfect Tree is based on a true story of DeeDee and her family. They moved into a tiny house (mom, dad, and four children) with barely enough room to live. Tables are put away until it is time to eat, beds are rolled up during the day, but they are happy and spend great times together. It is nearing Christmas and DeeDee’s father tells them that they will not be able to get a tree that year. It is one of DeeDee’s favourite things to do during the festive season. Dad tells them there just isn’t room for a tree unless it is tiny and squashed on the back to fit in the only spot they have. DeeDee is so sad, but she prays that there will be a way to get a tree.

As stated in the blurb, this book will show children how to deal with feelings of disappointment, loss, and anger. It is an early introduction to a child’s feelings of betrayal offering a solution with a happy ending. Above all that, this is a faith-building story that emphasizes the power of prayer. It shares the important Christian message—that God hears our prayers, knows our circumstances, and works in a way that is best for us, even though we might not think that at the time. I was not all that impressed with the illustrations. They were okay, cut did not grab my attention. I read this to my grandson before Christmas and he was surprised that six people lived in such a tiny house. He also felt really bad for DeeDee about being teased at school. We talked about being grateful and about prayer, but he was ready to move on. I think if the illustrations were geared more to young children, it might have held his interest more. 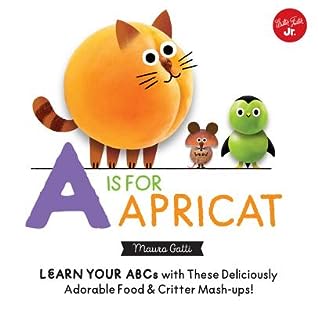 Little Concepts: A is for Apricat: Learn Your ABCs with These Deliciously Adorable Food & Critter Mash-Ups! by Mauro Gatti

I think I enjoyed this book as much or even more than my granddaughter did. She loves fruits and vegetables, so she thought this was a pretty funny book. Turning the apricot into an Apricat, was cute and she insisted that it looked just like her cat, although I don’t think Marmalade is that fat. We also used this book to reinforce colours, real animals and what is good to eat. I liked the end pages that included the foods in the book and what benefits they have for out bodies. I read it to her older brother when he got home from school and he thought it was pretty fat, he kept repeating the names of some of the new creatures and laughing. He obviously got more out of the back pages than his little sister did. This is a great book for families and schools. I can see this book being a fun way to teach nutrition in a primary health class. The publisher generously provided me with this book upon request. The rating, ideas and opinions shared are my own. 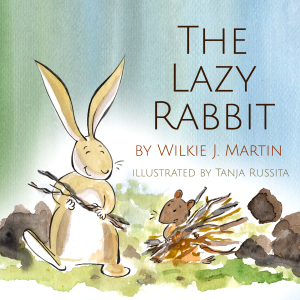 This is a Grimm Fairytale like fable and even though I know my 6 year old grandson would be very upset with this book, I still like it. When I was teaching we did a unit on fables and this one would have fit in well. Yes, the rabbit is eaten, but Bambi’s mother gets killed as well as Simba’s father, so people need to calm down. I liked the idea that rabbit got his due in the end. In the animal world, it is survival of the fittest, so this is realistic. I would recommend an older audience, 8 being the youngest. I loved the illustrations, they are beautiful, colorful watercolors. So, overall, a good book about a fable, make sure you have the right audience. I would recommend this one to public and school libraries. 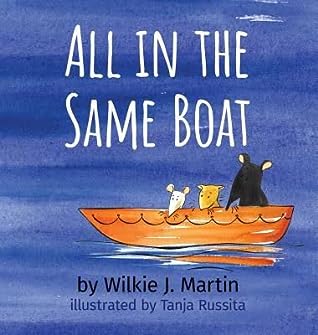 All In The Same Boat by Wilkie J. Martin, Tanja Russita (Illustrator)

This is another updated fable by Wilkie J. Martin. Rat is greedy and when Rat, Mouse and Gerbil are the only survivors of a sinking ship, he eats and drinks more than his share of the food and water found in the lifeboat. It is a cautionary tale for children, but I disagree with the age to read it to. I would recommend it for ages 8 and up. It is a well written story with cute watercolour illustrations that act as a contrast to the actual sad and dark story. The message is about greed and selfishness, but there are also components about death of a friend and fear of a bully. This would be a good book to read with a class learning about fables and how they have messages for the reader. I did not read this one to my grandchildren, as I believe they were too young for the dark content. 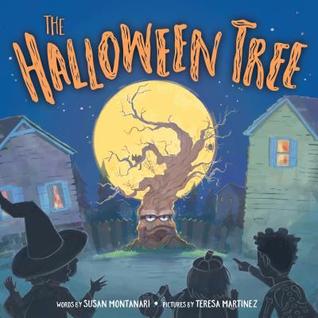 The Halloween Tree by Susan Montanori is the story of a young fir sapling who has no interest in becoming a Christmas tree. He does not want lights or decorations, so he does everything he can not to gain lush needles, so he’ll never be chosen. Years pass and he is never selected. He grows bigger and gnarly, but is still standing until the Christmas tree farm closes down. As the farm becomes a community, houses build up, and the grumpy tree is still lacking needles. He becomes a beloved part of the neighbourhood kids’ games and play, but the parents decide they don’t want the grumpy, gnarled tree in their neighbourhood so they want to cut it down. The children love the tree and come up with a wonderful idea to save him. We loved this story. It is full of positive messages about acceptance, embracing differences, and seeing value in everyone no matter their outward appearance, yet the book never feels preachy or overly worthy. The text was age appropriate with some repetition, yet the story was very entertaining. I loved the adorable, colourful, active illustrations. The expression on the tree was priceless. After reading we talked about these messages after reading the story and with some guided questions, my six year old grandson had some great insights and comparisons to things he had read, or learned. This is a great book to read for either Christmas or Halloween or just as part of a unit on acceptance.