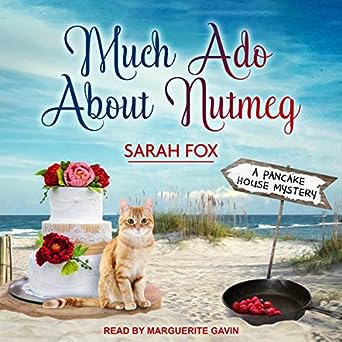 It might be off season in Wildwood Cove, but with the Golden Oldies Games, sports events for those over 50, taking place Marley is busier than ever. Throw in the planning of her wedding, she doesn’t have a lot of time on her hands. There is media in town along with athletes and their families along with their coaches and there are a lot of extra people around. When the husband of one of the athletes is washed overboard on his yacht and sports reporter, Yvonne Pritchard washes ashore having been killed, Marley once again fits in some investigating into her already busy schedule.

I always enjoy a visit to Wildwood Cove. I enjoy this series, mainly due to the wonderful characters. Marley is a great protagonist who has a hard time turning anyone down when they ask for assistance. This time, one of her long-time regulars asks her to investigate the death of the reporter, who is a friend of his. With so many strangers in town, there are so many suspects. As Marley investigates, she finds that there are many people that Yvonne has alienated due to her writing, sometimes not always true, that there are a lot of people that had an issue with her. There were enough red herrings that kept me guessing. The plot was well-written and the mystery had me turning the pages quickly. I was not able to guess the culprit although as the reveal happened, I was able to look back and see some of the clues. The motive, was one that I had expected, but there was more to it than I had thought. Another great addition to the Pancake House Mystery.

I did a read/listen with this book. The narrator, Marguerite Gavin, does a great job with voices of the various character, expression and intonation, so that the listener can identify the characters. Her pacing is wonderful and the emotion of the characters is well done as well. I will continue to listen to audiobooks narrated by this talented voice actress. The publisher generously provided me with a copy of this book upon request. The rating, ideas and opinions shared are my own. 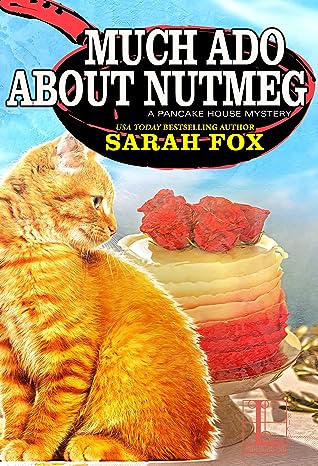 From Goodreads: Wedding bells are in the air—along with the aroma of maple syrup—in the latest Pancake House Mystery. But a series of murders threatens to spoil everyone’s appetite. . .

Between tourist season, planning her beach wedding, and running her pancake house, the Flip Side, Marley McKinney is busier than ever. On top of that, one of her regulars is competing in Wildwood Cove’s Golden Oldies Games—a sporting event for athletes 50 and over—and Marley wants to cheer her on. Everything’s running as smooth as batter—until sports reporter Yvonne Pritchard stirs up a triple batch of trouble . . .

Yvonne has one admirer in town—Ed Herman—but she has many more enemies, from a disgruntled coach to an athlete she once shamed on social media. So when a body washes up on shore, and it’s no accident, it’s not a complete surprise Yvonne is the victim. And when Ed asks Marley to use her sleuthing skills to solve the crime, she’ll have to squeeze in time between squeezing into wedding dresses. Then a second victim turns up, and Marley will have to work at high speed to stop a killer from piling up bodies faster than she can whip up a tall stack . . .

Includes pancake recipes right from the Flip Side menu!