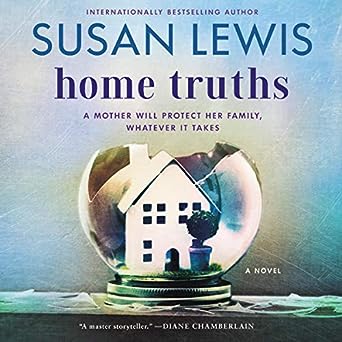 This book grabbed me right at the beginning and had me hooked right to the end. One decision, and it changed the lives of Angie and her family forever. This is another of those stories that had me in tears at some points, angry at others and cheering partway through this story. I sit here, a rather privileged woman and am feeling guilty that I do the do enough to help others in need. When Angie finds herself a widow, not making enough money to pay her rent and her taxes she ends up facing eviction. What she goes through with social services to try and get help had me angry and sad. Her children, two who live with her and one who is addicted to drugs and living on the streets are all affected by this turn of events.

Angie was an amazing character. She loved her family, works hard to support them, is willing to do what she needs to do to make sure they are safe, yet works in a not-for-profit to help others, at minimum wage. Her sister tries to help her as much as she can. I loved the relationship between the sisters. Throw in a nasty landlord, who is suspected of being a kingpin in both sex trafficking and the drug trade and you have characters to hate as well. When her daughter puts herself in danger, I found myself yelling at my phone. This book really opened my eyes to the hardships families endure, it’s heartbreaking that someone can work full time and still have to rely on food banks to survive. The working poor group seems to get bigger all the time as wages don’t keep up with inflation. The topic of homelessness is a sad one, and her descriptions of “sleeping rough” made my heart break. What I loved about this story is that Susan Lewis writes in a very compassionate and understanding way. This book has a somewhat happy ending, but it left me thinking about what I can do to be more helpful to those in need.

I did a read/listen with this book and enjoyed the narration of Antonia Beamish. The last book I listened to with her as a narrator was a cast of three, this book she narrated by herself. She did a good job with the various characters. She did not try to imitate male voices, but with different intonation and inflection, she was able to distinguish the various characters. I definitely enjoyed this book more because of her performance. I received a copy of this book from the publisher upon my request. The rating, ideas and opinions shared are my own. 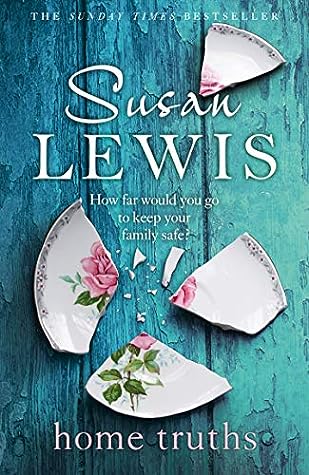 About the Book: International bestselling author Susan Lewis’s riveting, unforgettable novel of a woman determined to protect her children—at all costs.

Angie Watts once had what seemed like an idyllic life: a house in a small town in the English countryside with her beloved husband Steve and their three adored children. She never could have predicted how her life would one day turn out.

When her oldest son, Liam, grows from a sweet-natured boy to a troubled teen, Angie’s world begins to crumble. Expelled from school and disappearing from home for days on end, Liam falls in with a notorious local gang. After arriving home one day to find their 5-year-old son with a syringe Liam has left lying around, Steve makes a rash decision that will have lasting repercussions on their family.

Two years later, Steve is gone, Liam is missing, and with money running out, Angie and her other two children are on the brink of eviction. Then Angie is called into the police station and informed that there’s been a murder—and Liam is a suspect. As Angie’s desperation to save her family leads her to take drastic measures, her daughter secretly devises her own plan to save the family…which could put everyone in danger.

Alternating between Angie’s blissful life as a young mother and her present-day nightmare, Home Truths is a searing exploration of the lengths one mother will go to survive and protect her children.