Grace Is Gone by Emily Elgar, Narrated by Kate Rawson, #While I Was Reading

Grace Is Gone by Emily Elgar, Narrated by Kate Rawson

This is a book that I wanted to read after seeing a recommendation on Ludwig’s Thrillers. It sounded like something I would really enjoy and it was. On the day that Cara discovers her neighbour Meg’s dead body, her severely disabled daughter, Grace, also disappears. As Cara, her mother and many volunteers begin looking for Grace, there is a feeling of hopelessness about finding her. She has been without her medication for days. Her father, Simon, is the natural suspect, but as Cara and Jon, a washed up journalist, begin digging, surprises come to light.

The story was told in three POVs. Cara, Jon and Grace through her diary that Cara has found. Jon had a situation involving Meg and Grace a couple of years earlier that makes his involvement a bit tricky. Cara just wants to find out what happened to Grace. There is some guilt that she was not a good enough friend and that and the diary have spurred her on. Jon is dealing with the break up of his marriage and lack of work, so this case might be the thing that changes his life. They make a very unlikely duo and do not always keep the other apprised of what they are doing. As clues are dropped along the way, I thought I knew what was going on and I was correct, but not positive until about 75% into the story. You need to read this story to find out about the major twists in this story. After you read it, check out this entry on wikipedia,  The Murder of DeeDee Blanchard.  I did not know this was based on a true story until I finished it, then I read about the read story. Although Emily Elgar made changes to the story, it is still easily recognizable.

I listened to the audiobook of this story narrated by Kate Rawson. She did a fine job of reading the story with some expression and intonation, but I was disappointed that there was only one narrator. Being as a large amount of this book was a male journalist, it would have been amazing to have had a male narrator as well. I had to keep looking to see who was narrating each chapter as the voice was identical. This is not a criticism of the narrator, just a missed opportunity for the publisher. 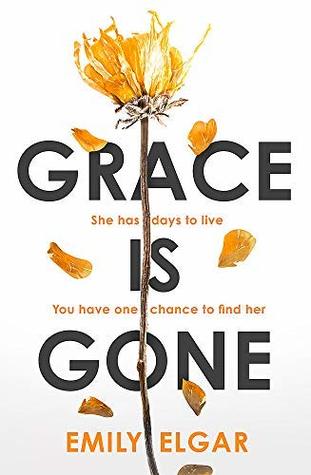 About the Book: From the bestselling author of If You Knew Her comes this harrowing tale of suspense–a story ripped from today’s headlines–of a tight-knit English community, who’s rocked by the murder of a mother and the mysterious disappearance of her daughter, and the secrets that lie concealed beneath a carefully constructed facade.A small town’s beloved family.

A shocking, senseless crime–and the dark secret at the heart of it all.

Jon Katrin, a local journalist, knows he should avoid getting drawn back into this story. The article he wrote about Meg and Grace caused rifts within his marriage and the town. Perhaps if he can help find Grace, he can atone for previous lapses in judgment. The Nichols’ neighbor, Cara–contending with her own guilt over not being a better friend to Grace–becomes an unexpected ally. But in searching for Grace, Jon and Cara uncover anomalies that lead to more and more questions.

Through multiple viewpoints and diary entries, the truth about Grace emerges, revealing a tragedy more twisted than anyone could have ever imagined…

10 thoughts on “Grace Is Gone by Emily Elgar, Narrated by Kate Rawson, #While I Was Reading”