All of these books are biographies for Children. Several are from the wonderful Little People, Big Dreams series and two are from a new series I came across about Women in Stem. These books were all provided through Netgalley. The ratings, ideas and opinions shared are my own. 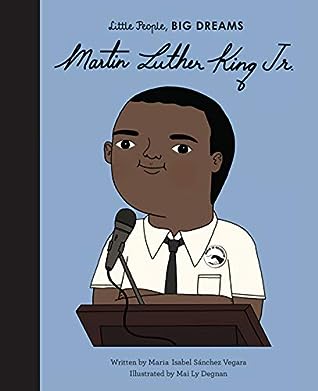 I love the Little People, Big Dreams series by Maria Isabel Sanchez Vegara. I was happy to see this addition to the series, highlighting Martin Luther King Jr. This book shares his story from his childhood, ending with his famous, “I Have a Dream” speech. Young readers will learn how this peaceful and loving man impacted the world to change things through peaceful protest. His messages of love being the solution against hate, never accepting something that is wrong, and use peaceful ways to fight against wrong. His most important message is that it is the character of a person that matters, not the colour of their skin. I know this is a book for children, but it is too bad the decision was made not to include what happened to him. I think that is a very important part of his story. Once again, the illustrations are well done and will appeal to young children. I definitely recommend this book to all school and public libraries.

This is another great addition to the Little People, Big Dreams series by Maria Isabel Sanchez Vegara. I just recently read the speech that David Attenborough gave to the UN about climate change so was happy to see this book for children. Young David grew up in Leicester on the campus of a university, where his father was a professor. As a child, he spent hours in the science library and on the grounds collecting, collating his specimens and creating a mini animal museum. He loved animals and nature, so when he was old enough to go to university, he studied science and zoology. He graduated, but wanted to be close to animals. He began working in television and was eventually given the chance to travel and observe animals in their natural habitat. He discovered new animals and told the stories of many animals that people had only ever seen in a zoo. After that, he began to teach children about saving the planet and what they could do to help the animals and save their habitats. This wonderful story features stylish and quirky illustrations that will appeal to young readers. There are also extra facts at the back, including a biographical timeline with historical photos and a detailed profile of the broadcaster’s life that can be shared with older readers. I definitely recommend this book to all school and public libraries. 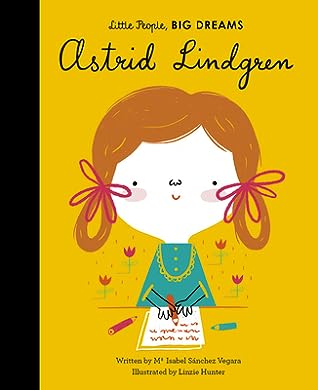 This story of Astrid Lindgren is that of a young girl who was thrilled to learn to read and enter fictional worlds. Once she was introduced to the world of books by a friend, she read through all the books in the library. She was a female Peter Pan, she didn’t want to grow up. As she became older, she became a bit of a rebel. She cut off her hair, got a job at a newspaper and became a single mother all by the age of 19. She eventually got married and had another child, a daughter, Karin. It was Karin who gave her the name Pippi Longstocking to make up stories about. She finally wrote the stories down that she had made up for her daughter and the rest is history. I know I loved the Pippi Longstocking stories as a young girl and actually wrote my speech in grade 4 about my favourite book character. This is another great addition to the Little People, Big Dreams series. Once again, the illustrations are wonderful, especially geared to young children. This book should once again be in all school and public libraries. I love that this series can be used to teach about dreaming big, famous people that might not be well known, learning about writing a biography and as a step off for further research.

I love the books in this series and always find something new in them. I had heard the name Evonne Goolagong, but I didn’t really know much about her at all. This book, like the rest in the series, focuses on a lady who followed her dreams and succeeded against the odds. Evonne is an indigenous Australian who was not allowed to mix with the “white” Australian children. She wanted to play tennis, so a club owner gave her the key to the tennis courts. After all the other children went home, she snuck onto the courts and developed amazing skills. She was noticed by a tennis coach and promoter and she was eventually on the women’s tour, winning many tournaments, including Wimbledon. Evonne was an inspiration to many, showing passion and determination to succeed. After leaving her professional tennis days, she worked with many young Australian tennis players encouraging them to follow their dreams, especially indigenous children. The illustrations were well done and certainly would appeal to children. As I have said with other books in this series, this book should be in all school and public libraries. I love that this series can be used to teach about dreaming big, famous people that might not be well known, learning about writing a biography and as a step off for further research. 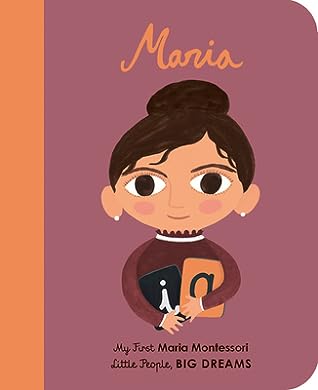 This is a very simplified version of the original Little People, Big Dreams book on Maria Montessori. There is one line per page giving basic information about this well known woman. Each double page spread then has a large, detailed illustration that could be used for discussion. We learn that she grew up at a time where women were expected to be homemakers. She became a doctor, but was largely ignored by her teachers and other students. She was placed in a hospital where the children were not sick, but had various special needs. Developing what has become known as the Montessori method, these children learned and thrived. A cute story for very young children. 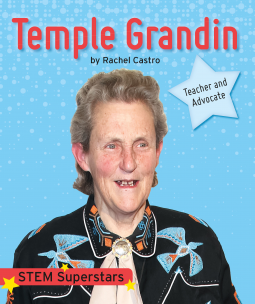 This is a new series highlighting women in STEM. For those of you who have heard this term, but don’t really know what it is, it stands for Science, Technology, Engineering, and Mathematics. The push in our school systems is to encourage females to enter STEM courses, and eventually careers. This first book in the series highlights Temple Grandin. She is a wonderful role model for so many people. Temple has autism, but overcame that and is a renowned professor of animal science. This rather brief biography begins with her childhood and goes to her life today. It is geared to young readers so does not have a lot of text. The illustrations are simple and well done to complement the text. This is a great beginning biography, hopefully to encourage readers to do further research on this great lady. As an adult, I will definitely be reading further biographies about Temple and I think that makes this book a success. Having a grandson with autism, I will be recommending this one to my DIL, although my grandson is already a “Science Geek”. AS well, this book would make a wonderful addition to all school and public libraries. 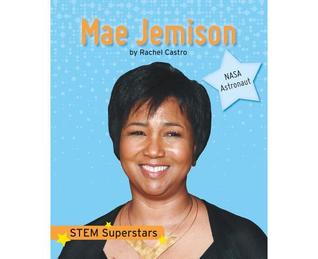 This is another book in the series on “Stem Superstars” which I am quite impressed with. The series is for early elementary students to learn about women who went against the norm and got interested in Science, Technology, Engineering and Mathematics. This story of Mae Jemison will inspire young children to follow their interests and dreams. Mae Jemison was interested in science and the stars from an early age. She became a doctor, but still love the stars. She eventually applied to NASA and was accepted. She was the first African American Woman in space. This is a short, simply written book that is full of excellent photos. I like the end pages that are enhance with “Did You Know” facts, a glossary and suggestions for activities to pursue as well as additional resources. I definitely recommend this book to school and public libraries as well as home libraries for budding scientists.

I hope you enjoyed these reviews. I love biographies for children and these are all very well done.