I Owe You One by Sophie Kinsella, Fiona Hardingham (Narrator) 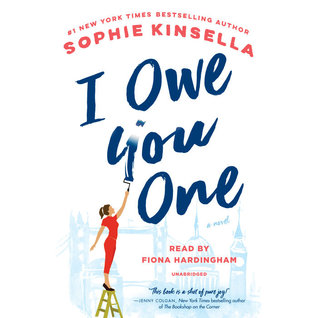 I Owe You One by Sophie Kinsella, Fiona Hardingham (Narrator)

I have read a lot of reviews saying that they did not like this one, but I enjoyed it. It did take me awhile to get into the story as the beginning was somewhat slow, but once I got into the story (just under halfway) I zoomed through the story. I will say that Fixie was somewhat annoying at the beginning of the story and I could not believe that she let Ryan walk all over her. I liked that she got a backbone finally and tossed him out on his rear. Her brother Jake was also very annoying at the beginning and it took until the end of the story before he finally became a man and stopped expecting that the world owed him whatever he wanted. In fact, as I write this review, I can see why many people did not like this book. The saving grace was the supporting cast. The employees of Farr’s and the customers provided humour and were all likeable. I also liked Seb very much. He was rich and could have been snobby or allowed others to take advantage, but he was just a good guy. I liked the idea that the messages passed between Fixie and Seb were done on a coffee sleeve. This is not one of Ms. Kinsella’s best, but this was a second chance story, where the characters grew backbones, found out that honesty is the way to go and gave each other second chances to develop a relationship that would work. If you are a Sophie Kinsella fan like I am, you will probably enjoy this story, but you need to persevere and not give up before the story gets good.

I listened to the audiobook narrated by Fiona Hardingham. This is the second time I have listened to her narration and I enjoyed it this time as much as the last. She has a wonderful voice and uses expression and intonation to voice the expression of the characters in the story. She did some voice change for characters, but did not go overboard with voices. I think I might have enjoyed this story more with listening to it than I might have reading it. 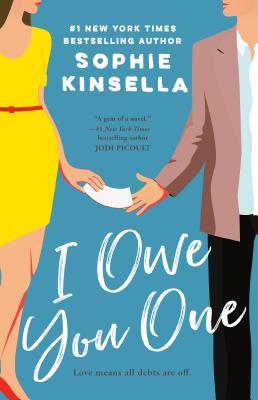 Synopsis: From #1 New York Times bestselling author Sophie Kinsella, an irresistible story of love and empowerment about a young woman with a complicated family, a handsome man who might be “the one,” and an IOU that changes everything Fixie Farr has always lived by her father’s motto: “Family first.” But since her dad passed away, leaving his charming housewares store in the hands of his wife and children, Fixie spends all her time picking up the slack from her siblings instead of striking out on her own. The way Fixie sees it, if she doesn’t take care of her father’s legacy, who will? It’s simply not in her nature to say no to people. So when a handsome stranger in a coffee shop asks her to watch his laptop for a moment, Fixie not only agrees-she ends up saving it from certain disaster. Turns out the computer’s owner is an investment manager. To thank Fixie for her quick thinking, Sebastian scribbles an IOU on a coffee sleeve and attaches his business card. But Fixie laughs it off-she’d never actually claim an IOU from a stranger. Would she? Then Fixie’s childhood crush, Ryan, comes back into her life and his lack of a profession pushes all of Fixie’s buttons. She wants nothing for herself-but she’d love Seb to give Ryan a job. And Seb agrees, until the tables are turned once more and a new series of IOUs between Seb and Fixie-from small favors to life-changing moments-ensues. Soon Fixie, Ms. Fixit for everyone else, is torn between her family and the life she really wants. Does she have the courage to take a stand? Will she finally grab the life, and love, she really wants?

12 thoughts on “I Owe You One by Sophie Kinsella, Fiona Hardingham (Narrator)”