The Hawaiian Discovery by Wanda Brunstetter and Jean Brunstetter is a sequel to The Hawaiian Quilt. I did not read the first book. but had no problem following this story. The story begins with Many and Ken in Kauai, helping his mother with the farm after the death of Ken’s father. Ellen is back in Middlebury running their B&B until they return. When Ken has an accident he is going to need surgery and may not ever work again. Mandy and Ken sell the B&B as they need the money and Ellen is now without a job. She eventually heads to Hawaii to help Mandy and Ken’s mother on the farm while he recuperates. Life moves on and Ellen becomes interested in a man who works for Ken’s mother. He is English and she is Amish so the two try to keep their relationship on a friendship level. There’s a twist in the story as far as this situation goes. Lots of surprises and as the end drew closer I was kept turning the pages to see how it all ended.

I will say that this book was a bit too cutesy for me. Yes, there is a tragedy, but there are real issues and it is rather coincidental how things”work out”. I did like Ellen. She was a real friend to Mandy and gave up a lot to go to Hawaii and help her and Ken. She also tried very hard not to let her emotions and feelings for Rob move forward, but as we know, love often wins out. There are a few plotlines in this story such as being there for family and friends, forgiving yourself and others, putting your trust in the Lord and being true to your beliefs. If you can suspend belief, there are some issues such as a shark attack, Amish people who do not have a lot of money flying back and forth to Hawaii and the main land and the rather neat wrap-up at the end. I did enjoy this story, but it is not one of my favourites. If you are a fan of Amish Fiction you will love this book. I would advise you to read The Hawaiian Quilt first if you haven’t already done so. I did listen to the audiobook of this story through the Hoopla app narrated by Rebecca Gallagher. I am not enamoured with this narrator. Her voice is a bit harsh and not the easiest to listen to. I will think twice about listening to her narration again. 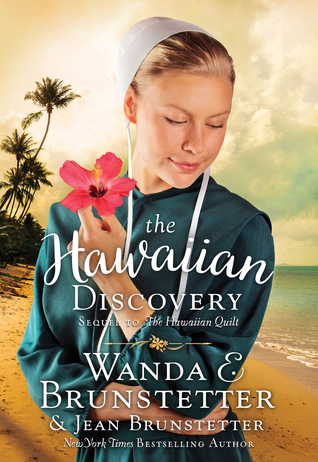 Ellen Lambright mourned when her best friend, Mandy, moved from Indiana to Hawaii. But now Ellen has received the Amish church’s permission to go to Hawaii and help Mandy through challenging times. Rob Smith works on the Williams family’s organic farm, far from his past mistakes and burning regrets. When Ellen befriends Rob, the attraction is mutual, but her commitment to the Amish faith stands between them. Could a heartfelt discovery lead to forgiveness, reunion, and love? Or is Ellen’s destiny waiting for her in Indiana?