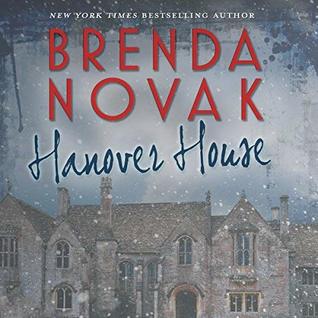 Evelyn Talbot has a past that has driven her to her career as a psychiatrist studying serial killers and violent offenders. She is building a research facility/prison in Alaska where she will house and study some of the most dangerous serial killers in the country. The people in the area where the prison is being built are not very supportive of this project. She gets a call from an Alaska State Trooper that the site has been vandalized. She heads up to Alaska and meets with Ben (aka Amarok) Murphy. There is an attraction there and he becomes her support and saviour. The was an exciting and thrilling prequel. I am late to the party with this series, but after reading this, I am looking forward to getting to the rest of this series. There are some twists, and some creepy feelings that kept me reading quickly to find out what was going to happen. All is not dark though, there is a romance blossoming between Evelyn and Amarok. I am looking forward to seeing where it goes in the rest of this series. I listened to the audiobook narrated by Thérèse Plummer. She did a nice job with this book and I enjoyed her voice, expression and intonation.

Psychiatrist Evelyn Talbot has dedicated her life to solving the mysteries of the antisocial mind. Why do psychopaths act as they do? How do they come to be? Why don’t they feel any remorse for the suffering they cause? And are there better ways of spotting and stopping them?

After having been kidnapped, tortured and left for dead when she was just a teenager—by her high school boyfriend—she’s determined to understand how someone she trusted so much could turn on her. So she’s established a revolutionary new medical health center in the remote town of Hilltop, Alaska, where she studies the worst of the worst.

But not everyone in Hilltop is excited to have Hanover House and its many serial killers in the area. Alaskan State Trooper, Sergeant Amarok, is one of them. And yet he can’t help feeling bad about what Evelyn has been through. He’s even attracted to her. Which is partly why he worries.