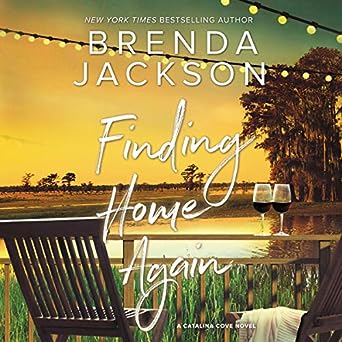 This is the third book in a series and it did take me a bit to get invested in the story. There was some background given regarding the other couples in the story, whose stories were told in the previous books, but I wish I had read them first. Having said that, once I got into the story, I did enjoy it.

Bryce and Kaegan were in love when they were teenagers and had been best friends since they were kids. Once they became a couple, they were apart due to school and the armed forces. When a misunderstanding occurs, Kaegan will not even listen to Bryce, thus breaking them apart. Ten years later, they are living back in their hometown. The both have buried feelings about each other, but are still angry and do not want to move forward on them. They have the same circle of friends, who want them to get back together. Bryce’s family also love Kaegan, but do not want to interfere. When they are feeling their way back to friendship, Bryce finally gets the opportunity to share what really happened and Kaegan is shocked. He realizes that he was wrong and that they wasted ten years. Can they get over past wrongs? Will they be able to rekindle their relationship? Bryce is happy to remain friends, but Kaegan wants her back.

This was a story of second chances, forgiveness, friendship and romance. I really liked the characters in this story. The group of friends were so supportive of one another and very caring. They had such a strong friendship, one that everyone would love to have. Bryce’s family was also very loving and supportive. There were times in the story that I was not very pleased with Kaegan’s actions or responses, but knowing his past, it was easy to see why he was not always trusting. Of course, no romance can go easily, there has to be some angst and some hurdles to get over and this story had those. I liked the setting of Catalina Cove, a small town close to New Orleans, a shipping and fishing community. It is a place I would love to visit. The story was well written with characters that were well developed and likable. There was a villain in the story which I was a bit ambivalent about and not sure if it was even a necessary storyline. That is the main reason I gave this story 3.5 stars instead of 4. Overall, a satisfactory story and one that interested me enough that I will go back and read the first two in this series. There are some rather descriptive sex scenes, so if that is something you would rather not have in your books, you might want to skip this one.

I listened to the audiobook of Finding Home Again, narrated by Ron Butler. I have to say that most books I have listened to have been narrated by females, so it took me a bit to get used to a male narrator. It worked well as most of the story was told from Kaegan’s POV. The same issue I have with female narrators was here, the male voices were well done, but the female voices were not. Besides that, the expression and intonation were well done. The publisher generously provided me with a copy of this book upon request. The rating, ideas and opinions shared are my own.

About the Story: First love. Second chances. In Catalina Cove, anything can happen…

Bryce Witherspoon’s heart races every time she sees Kaegan Chambray. Everyone in town knows they can’t stand each other, but the truth is, even though the man broke her heart ten years ago, she still feels that irresistible, oh-so-familiar jolt of desire.

When Kaegan returned to Catalina Cove to run the family business, he knew there’d be no avoiding Bryce. The woman he thought he’d one day marry was instead the biggest heartbreak of his life. But when Bryce lets slip a devastating secret, he discovers just how wrong he was to let her go all those years ago.

He knows they both still feel the spark between them, but it’ll take more than attraction to convince her. Kaegan will pull out all the stops to show Bryce he’s the man who can give her the future they once dreamed of—if only they give love a second chance.