This group of books were not shared with my grandchildren. I read them with an eye as to whether I would use them or want them in my classroom. I liked them all to varying degrees and would happily have purchased a copy for my classroom library. All were provided to me through Netgalley. The rating, ideas and opinions shared are my own. 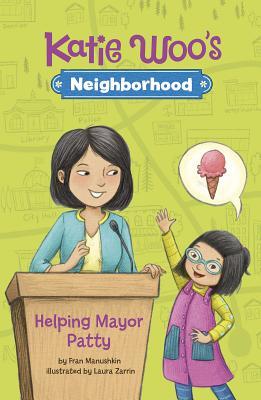 Helping Mayor Patty is a cute, emerging reader/early chapter book that kids, especially girls, will enjoy. Katie Woo is a great character for young children to relate to. In this story, her Aunt Patty has been elected mayor and is asking the townspeople what they think the town should work on. Katie and her friends attend the community council meeting and bring their ideas to suggest to the council. Katie’s idea was based on her observations of children playing in the street, which is dangerous. She told the council, a park was needed to keep the children safe, and it was something for everyone to enjoy. There were other ideas presented as well and decisions were eventually made. I liked that the children were from various backgrounds and ethnicities. The story was quick, with good description and language for early readers. I also enjoyed the illustrations in this book. They were cute, vibrant and well executed. The end pages include a glossary, questions for discussion about being a mayor, and an interview with Mayor Patty. I would recommend this book to families, schools and public libraries. 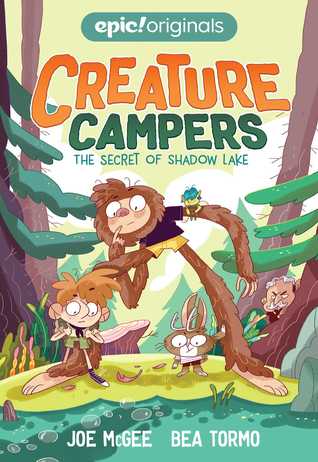 This is a wonderful little story about Camp Moonlight and all the magical creatures that attend along with one human boy. It’s a fun story and the various characters are all the ones you might have read about in the various fantasy and fairytale stories you read as a child. There is a bigfoot family, a fairy, a jackalope and more. They all arrive at camp some more nervous than others. They are thrown right into camp activities such as canoeing. It was amusing to see a bigfoot, Norm, trying to stay afloat in a canoe with a human boy. They finally figure it out and eventually meet up with a friendly lake monster. Throw in an evil, rich, guy who wants to add a bigfoot to his collection of interesting creatures and you have a fun adventure. This is a beginning chapter book with wonderful illustrations. None of the creatures look scary at all and my 3 year old grandchild loved this story, especially because she loves monsters. It is a story about trying new things, working together, helping each other and friendship. We read this one over a few sittings and when I finished, both grandchildren requested that I read it again. I definitely recommend this one to family, classroom, school and public libraries. This is a new series of books called “epic originals” and I look forward to seeing more in the Creature Campers line. 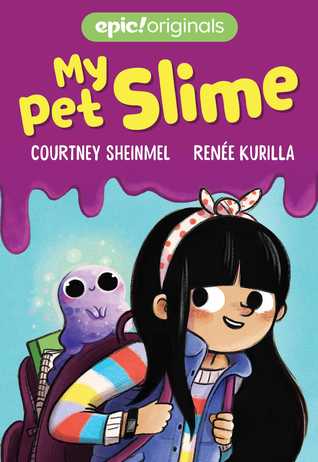 My Pet Slime is the first in a new series of early chapter books. It was a cute story, but as it is introducing a new series and characters, it had parts that might be a bit boring to young readers. Piper has always wanted a pet but is allergic to everything. The kids at Table B are talking about Show and Tell and that they should all talk about their pets. Piper doesn’t have a pet and is a bit down. When she goes home, she makes slime to play with and models it into a pet to play with. When she accidentally opens some space dust she received fro her grandmother, an employee of Astroblast Explorers, it comes to life but can only be seen by children. She names him Cosmo and brings him to school. When she checks on him after lunch, he is missing. Piper accuses her classmate, Claire of taking Cosmo and they work together to try and find him. This seems like it will be a good series for young readers. Piper is in grade three with normal kid problems. She can be a bit naughty and not listen and her parents consequence her which is nice to see. She has issues with some of her classmates, but is learning to deal with them. I think young readers will enjoy reading about Piper, Cosmo and her friends. This book ends on a cliffhanger which will entice readers to read the next one to see what happens. The back of the book also include a recipe for slime, so you can make some at home to play with and create your own Cosmo, without the space dust. 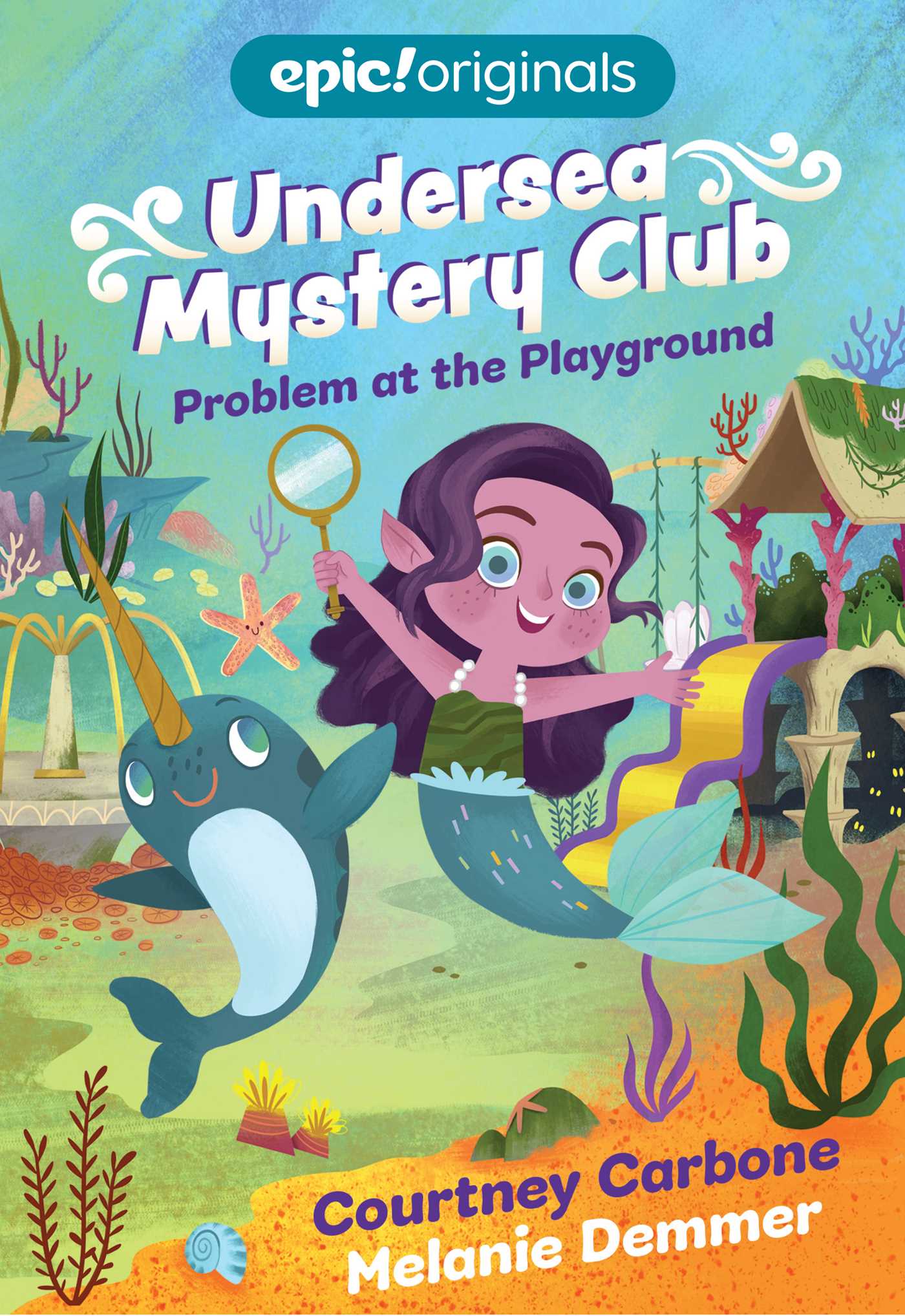 This is another new series for late primary students (age 8 or 9) in an early chapter book series. When a new playground is built in Aquamarina, the day has come for the grand opening. What greets all the sea creatures is a playground that falls apart because all the nuts, bolts and hinges are gone. Violet the mermaid and Wally the narwhal make up the Undersea Mystery Club and they get together to figure out what happened. When they stake out the playground that night, what they discover will not only solve the mystery but help to rebuild the playground. This was a cute early reader mystery with delightful illustrations and a fun story. The characters were interesting with human characteristics. There was friendship, curiosity, prank-playing, intelligence and fun. This was a simple mystery that was solved by hypothesizing, evaluating hypothesis, and finally observation. This is a good start to a new series for young readers. The back of the book includes facts and information about some of the sea creatures and even occupations of characters in the story for further investigation. I recommend this series for schools and classroom libraries or even family libraries.