Synopsis: Librarian Lucy Richardson unearths a mysterious map dating back to the Civil War. But if she can’t crack its code, she may end up read and buried.

The Bodie Island Lighthouse Library Classic Novel Book Club is reading Journey to the Center of the Earth by Jules Verne while workers dig into the earth to repair the Lighthouse Library’s foundations. The digging halts when Lucy pulls a battered tin box containing a Civil War-era diary from the pit. Tucked inside is a hand-drawn map of the Outer Banks accompanied by a page written in an indecipherable code.

The library is overrun by people clamoring to see the artifact. Later that night, Lucy and Connor McNeil find the body of historical society member Jeremy Hughes inside the library. Clearly Jeremy was not the only one who broke into the library–the map and the coded page are missing.

Lucy’s nemesis, Louise Jane McKaughnan, confesses to entering the library after closing to sneak a peek but denies seeing Jeremy–or his killer. When Lucy discovers that fellow-librarian Charlene had a past with Jeremy, she’s forced to do what she vowed not to do–get involved in the case. Meanwhile, the entire library staff and community become obsessed with trying to decode the page. But when the library has a second break in, it becomes clear that someone is determined to solve that code.

Read and Buried is the 6th book in the Lighthouse Library series by Eva Gates which is a pen-name for Vicky Delany. This book was my favourite so far in the series. I liked how many characters were involved in the disappearance of the map and code, which also meant they were suspects in the murder. I love puzzles and the plot involving the code was very interesting to me. This story hooked me right from the start. The mysterious box that was discovered several feet underground near the bottom of the foundation of the lighthouse was a great way to begin this mystery. Even though Lucy keeps saying that she is not going to investigate, she can’t help herself, especially as the crime was committed in the lighthouse, her place of employment and her home. As the mystery of the code and the map becomes more known to everyone in town, Lucy becomes more involved in the murder investigation.

I love the setting of this series. A library in a lighthouse in Nags Head North Carolina lends itself to history as well as mystery. The story of the The Roanoke Island Freedmen’s Colony has definitely piqued my interest in finding out more about the piece of history. The story about the land given to a Freedman, but his family never receiving it is another mystery embedded in the story. There was so much to like about this book. The cast of characters in this series are so much fun. Some are quirky, some are serious, some are staid and some are crooks, but all add to the story. This is a well-written and researched book that was very enjoyable to read. I highly recommend it to those who enjoy cozy mysteries, as well as those who want to learn a bit about history in an interesting, yet fictional setting. I will definitely continue reading the Lighthouse Library Mystery series. The publisher generously provided me with a copy of this book upon request. The rating, ideas and opinions shared are my own. 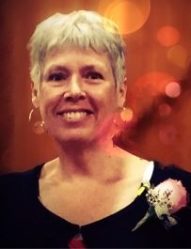 About the Author: Vicki Delany is one of Canada’s most prolific and varied crime writers and a national bestseller in the U.S. She has written more than thirty books:  clever cozies to Gothic thrillers to gritty police procedurals, to historical fiction and novellas for adult literacy. She is currently writing four cozy mystery series: the Tea By The Sea mysteries for Kensington, the Year Round Christmas mysteries for Penguin Random House, the Sherlock Holmes Bookshop series and, as Eva Gates, the Lighthouse Library books for Crooked Lane.

Vicki is a past president of the Crime Writers of Canada and co-founder and organizer of the Women Killing It crime writing festival. She lives in Prince Edward County, Ontario.