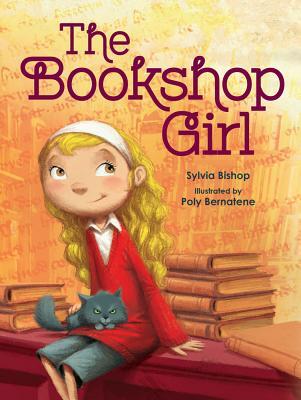 This is a cute middle grade story about an orphaned girl named Property Jones. She was left behind in the bookstore belonging to the Jones family and when no one claimed her or reported her missing, she just became part of the family. All is going along well, but Property has a secret, she can’t read. When a stroke of luck befalls the Jones family, they head off to London to take over a world famous bookstore. It is magical and Property loves it, until a sinister character shows up and claims that unless they can pay him an exorbitant amount of money that he is owed, the store is his. Property knows something is not right and it is up to her to save the store and her family.

There is a mystery with some fantasy and family situations all mixed together. Property is a delightful character. Even though she can’t read, she is smart and observes everything that happens around her. This gives her the ability to solve puzzles and with the help of her brother and the previous owner of the store, Albert H. Montgomery, she devises a plan. This is a fun story, albeit a bit short, that demonstrates how important it is to be honest. Girl power is also a big theme along with the importance of observation when in new situations. There were some black & white illustrations throughout that added just enough to this chapter book. I would recommend this book to anyone who likes to visit bookshops, new or used, and those who like a little bit of whimsy and magic in their lives. This would be a great read aloud in a primary classroom or as in independent chapter book in late primary/early junior classes. 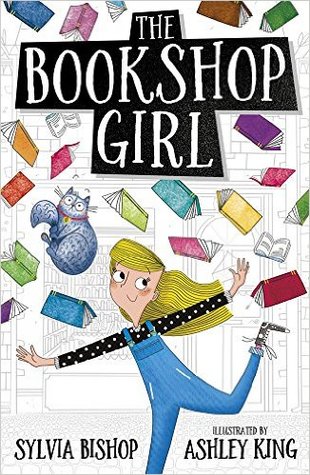 About the Book: A love letter to books and the people who cherish them, The Bookshop Girl is a whimsical delight, crafted with charming oddity and clever hilarity in equal measure.

Property Jones lives happily with her mum and brother in their cozy old bookshop, even if there aren’t many books on the worn shelves and it’s always a bit too chilly inside. Lately, though, her mum has been making a lot of nerve-calming tea as she does the accounting, and Property is beginning to worry about the future of the White Hart.

But everything changes when Albert H. Montgomery, the owner of the greatest bookshop in Britain, announces a drawing to find the Montgomery Book Emporium’s next owner . . . and the name he draws is the Joneses’! But there is more to the Emporium, and it’s peculiar former owner, than its thousands of books in extravagant and whimsical displays. Albert Montgomery is hiding something that could destroy everything. Property Jones has a whopper of a secret too–and it might just be the key to saving her family and their bookshop.

Sylvia Bishop’s exceptional and fantastical U.S. debut features a cast of memorable, quirky characters, including the resourceful Property Jones herself and her cantankerous kitten sidekick, beautiful descriptions of the tactile pleasures of books, and the magical transporting quality bookstores can have for readers.