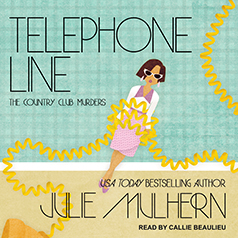 I love this series. Just when you think Ellison couldn’t possibly find another body and get embroiled in another murder, it happens again. In this outing, Ellison finds herself locked in the attic/yoga studio at her friend’s house. When they finally get released, it is to find out that the yoga instructor, Marigold Applebottom, is dead. Who locked them in the attic? Who killed the yoga instructor? As more bodies are discovered, Ellison gets deeper and deeper into the investigation.

Ellison and Anarchy are still dating and I love their relationship. He is the one she calls when she finds a body or if some other crime occurs. Her mother is still unhappy with her choice and trying to matchmake a different relationship and her friend Libba wants to know more about her sex life. All sounds like a lot of fun, but there is a serious tone to this story. As each book has a serious issue at its core, I was not surprised to see this one deal with sexual assault, specifically after a night of drinking. The assaults are not described, it is the after effects that Ellison and Grace deal with. There is a new neighbour, Jennifer, helping Grace with math and becoming a new friend to Ellison. Of course, one of my favourite characters in all these books is Ellison’s mother. She is nosy, demanding, haughty and hilarious (at least to this reader). She is pushing Ellison to raise more money at the upcoming gala, and that brings some humorous moments to the book. When she needs to be there for her family though, she is.

The mystery in this book is pretty straight forward. I figured out what was going on pretty early, but that did not spoil my enjoyment of this story at all. I wanted to find out what was going to happen next and when and how the culprit would be discovered. There was a twist at the end that I was not expecting which made the solution a very satisfying conclusion to the story. I really enjoy Julie Mulhern’s writing. She has a good sense of humour, knows the time period well and uses it to add the fun and nostalgia to her stories. This book was well-plotted and well-written. I look forward to the next edition of The Country Club Murders. If you grew up in the 70s, this is a must read series.

I listened to the audiobook of Telephone Line. Narrator Callie Beaulieu is one I am very familiar with. She does not do voices as she reads these stories, but her voice is great to listen to, her inflection and expression is right one and I can’t imagine anyone else being the voice of Ellison. I always enjoy listening to audiobooks narrated by this wonderful voice actress. The publisher generously provided me with a copy of this book upon request. The rating, ideas and opinions shared are my own. 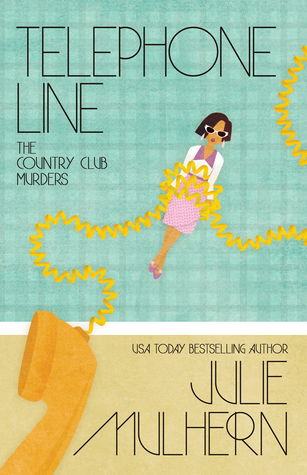 About the Book: A killer is calling, and Ellison’s life is on the line.

Ellison Russell is planning the event of the season—and she’s stressed. Why not yoga?

Because the yoga instructor gets murdered during class—and Ellison’s stress level rises exponentially. Now, in addition to raising a ridiculous amount of money, she’s babysitting a deranged cat (named after the devil himself), taking ten million phone calls (most of them from Mother), and finding more bodies (they’re popping up like dandelions after a spring rain).

There’s no such thing as balance when the killer makes it personal. Can Ellison catch a murderer or will her next namaste be her last?