The Fortress: A Historical Fiction Novel Based On A WW2 True Story by Jonathan Hillinger, Simon Vance (Narrator)

Synopsis: A system of hidden caves beneath Bucharest’s glamorous concert hall was a shelter for homeless children and their hiding place from the Nazis

Romania, World War II. Nelu escapes from his home and finds shelter with other homeless children in the caves beneath Bucharest’s spectacular concert hall. They call it “The Fortress”.

Daniel is the son of a well-to-do Jewish family living in the heart of Bucharest. On the eve of WWII, Daniel and his family are forced to flee and take refuge in those caves with the help of the children.

Daniel, Nelu and the other homeless children, find themselves united when facing the Nazi threat. For Daniel and his family, some of the children were nothing but a concept prior to the war, but now – no race or socioeconomic differences are relevant. In this reality they are all equal, bound by the need to survive. They must deal with hunger, poverty, and the imminent threat of death.

The Nazi threat gets closer every day. Daniel and his family realize they need to flee if they want to stay alive. They all decide to escape, breaking up the group; embarking on a journey that will change so many lives. The fight for survival becomes the fight for their freedom. Some find themselves fighting alongside the ally forces against the Nazis, and some find themselves joining the Romanian forces that collaborated with the Nazi regime.

Years later, long after the end of WWII, Lonel – a young child, finds himself alone in Bucharest. He is completely unaware that the fate of the entire group lies in his hands. Destiny is about to make one of its biggest moves. It’s up to Lonel to prevail or the struggle to survive will be forgotten. 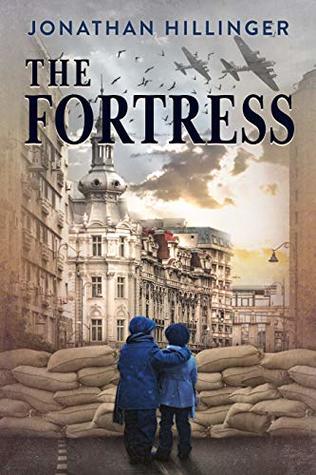 I really wanted to love this book. The blurb sounded like something that I would really enjoy. Sadly, this book was just okay for me. It was not what I was expecting at all. It is described as a story of children living in the tunnels under Bucharest’s Concert Hall during WWII while hiding from the Nazis and then hiding in the forests. I was expecting a story of close encounters and eventual safety. That was not what I got. Even the cover led me to believe this was a WWII story. This was an okay story, but it was more a story of friendship and survival than a WWII story. The story is basically narrated by Nelu and Daniel. They are two boys, one Jewish and one escaped from an abusive home, that are hiding from the Nazis. They end up living in the tunnels and caves under the Bucharest concert hall with many other children and Daniel’s family. When the Nazis get too close, Daniel’s father leads the children to the forest and abandoned homes. It is still a dangerous situation, so Daniel’s family and a Jewish friend decide to escape to Jerusalem. The story continues from there jumping back and forth between Daniel and Nelu, who is still in Romania. There is a bit of political information dealing with what is happening in Romania, but not a lot.This story deals only with this small group of children. The story is more about how Nelu survives before, during and after the war. The people he meets, the ones who help him and how he tries to help others and pay it forward. I was confused here and there with the timeline of the story. There were some chapters that were not chronological, which led to my confusion.

I listened to the audiobook of this story and the narration was okay. I liked that the story was narrated by a male, Simon Vance, as the story was told from male POVs. He basically read the book without giving specific voices to the characters. This might have added to some of my confusion as to who was speaking and when. I think this would be a good book for a book study in junior high or high school, dealing with the effect WWII had on people at the time and in the future.