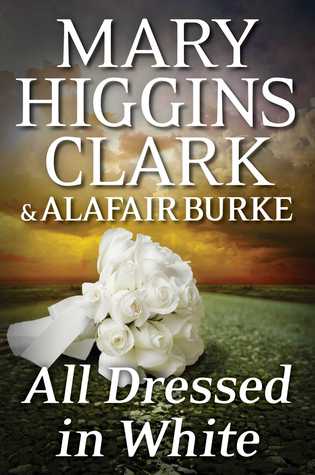 Synopsis: The third thrilling novel in the New York Times bestselling Under Suspicion series following The Cinderella Murder, featuring intrepid television producer Laurie Moran as she investigates the case of a missing bride.

Five years ago Amanda Pierce was excitedly preparing to marry her college sweetheart in a lavish ceremony at The Grand Victoria Hotel in Palm Beach. Then, with their guests and families on site, Amanda disappeared.

In present-day New York City, Laurie Moran realizes a missing bride is the perfect cold case for her investigative television series, Under Suspicion. She and her team set out to recreate the night of the disappearance at the Florida resort with Amanda’s friends and family in attendance, hoping to shed new light on the mystery as the series has done in past episodes. With a jealous sister, playboy groomsmen, Amanda’s former fiancé now married to a bridesmaid, and rumors about the “beloved” bride herself, Laurie and Under Suspicion host Alex Buckley quickly realize everyone has a theory about why Amanda vanished into thin air.

One thing is certain: whoever was behind Amanda’s disappearance plans to keep the truth hidden “until death do they part…” 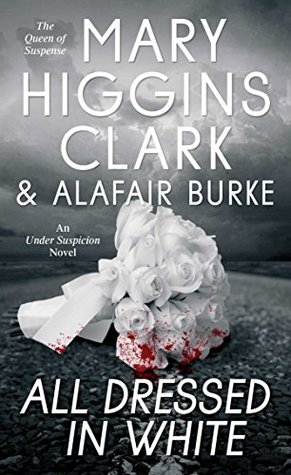 I am enjoying the Under Suspicion series by Mary Higgins Clark and Alafair Burke. These books are not standalone thrillers like Mary Higgins Clark books, but mysteries, cold cases that are solved by the Under Suspicion crew. This outing has the crew highlighting “The Case of the Runaway Bride.” Five years earlier, Amanda Pearce disappeared the night before her wedding. The camp is divided between those who think she got cold feet and disappeared, and those who think she was killed. When her mother approaches Laurie Moran to highlight Amanda’s story on her television show, Laurie thinks it will make a great show and convinces her boss and producer to let her give it a go. Will they solve this cold case? Is Amanda living somewhere on the other side of the world or is she dead? With the players in the wedding party and family members lined up, the Under Suspicion team get to work.

This was a well written and plotted mystery. All the members of the family and wedding party were on board for the show as as expected, different people had different thoughts about what happened and remembered different facts. Piecing all the bits together had Laurie and Alex stumped for most of the story. I was like Laurie’s father Leo and thought I had it figured out, but alas I was wrong. Once I decided that Amanda had been murdered, there were several suspects. Along the way I enjoyed spending time with Laurie’s family. Her father Leo, a retired police officer is a gruff guy who is a pussycat where his grandson is concerned. Alex and Laurie make a cute couple and I hope to see their relationship continue to grow in upcoming books. As the climax approached, I was pretty sure I had the culprit figured out and happily I was correct. I loved the “showdown” and was cheering for the capture and comeuppance of the murderer. A very enjoyable story and relaxing way to spend several hours during a rainy day.