Never Have I Ever by Joshilyn Jackson (Author, Narrator) 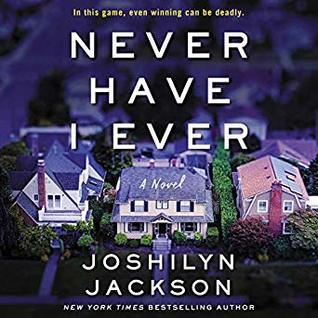 Never Have I Ever by Joshilyn Jackson (Author, Narrator)

The story opens with a mom’s book-club at Amy’s house. Little does she know that Charlotte has invited a new member, her neighbour, Angelica Roux. Roux, as she is called, hijacks the book-club and breaks out the drinks. As the women become a bit tipsy, she engages them in a revealing game of Never Have I Ever. Amy doesn’t feel right about this, they all have secrets that are better left alone. She is on high alert with Roux’s game and feels threatened by what it could cost her. She has worked hard to cover her past. Who is this new book-club member? What is she up to? It is too late, this game opens the door and what happens next is quite a trip for the reader.

This story is full of unreliable narrators. It is told from the POV of both Roux and Amy. As Amy’s secret is revealed, blackmail is involved with Amy not wanting to give in. As the “game” unfolds, Amy is busy trying to gather information to try and turn the situation around on Roux. I found this story absorbing, with me not wanting to stop listening. I thought I had it all figured out and there was another twist and I was left twisting again. Both women had so much to lose, who would come out on top of this game? This was an expertly plotted and executed thriller that came to a surprising, yet satisfying conclusion. Well done Joshilyn Jackson.

I listened to the audiobook of this story and must say that having the narrator perform her own story was a great choice. She knew just where to add expression to build the suspense even more. I did not know that she was a former actor, which explains why her narration was so well done. With the two main characters both being women of similar age, it could have been difficult to differentiate them, but each has a unique voice and I was able to identify who was speaking. I want to thank HarperAudio for the opportunity to read and review this audiobook. The rating, ideas and opinions shared are my own. 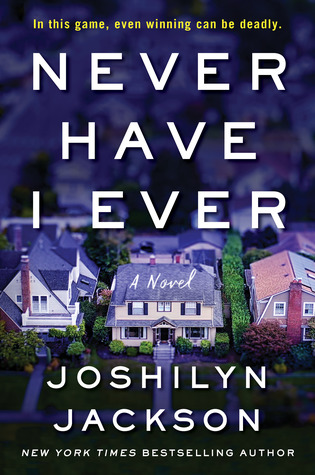 About the Book: In this game, even winning can be deadly…

Amy Whey is proud of her ordinary life and the simple pleasures that come with it—teaching diving lessons, baking cookies for new neighbors, helping her best friend, Charlotte, run their local book club. Her greatest joy is her family: her devoted professor husband, her spirited fifteen-year-old stepdaughter, her adorable infant son. And, of course, the steadfast and supportive Charlotte. But Amy’s sweet, uncomplicated life begins to unravel when the mysterious and alluring Angelica Roux arrives on her doorstep one book club night.

Sultry and magnetic, Roux beguiles the group with her feral charm. She keeps the wine flowing and lures them into a game of spilling secrets. Everyone thinks it’s naughty, harmless fun. Only Amy knows better. Something wicked has come her way—a she-devil in a pricey red sports car who seems to know the terrible truth about who she is and what she once did.

When they’re alone, Roux tells her that if she doesn’t give her what she asks for, what she deserves, she’s going to make Amy pay for her sins. One way or another. To protect herself and her family and save the life she’s built, Amy must beat the devil at her own clever game, matching wits with Roux in an escalating war of hidden pasts and unearthed secrets. Amy knows the consequences if she can’t beat Roux. What terrifies her is everything she could lose if she wins.

A diabolically entertaining tale of betrayal, deception, temptation, and love filled with dark twists leavened by Joshilyn Jackson’s trademark humor, Never Have I Ever explores what happens when the transgressions of our past come back with a vengeance. 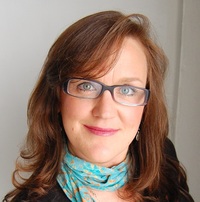 About the Author: New York Times and USA today bestselling novelist Joshilyn Jackson is the author of NEVER HAVE I EVER and eight other books, including gods in Alabama and The Almost Sisters. Her work has been translated into more than a dozen languages, won SIBA’s novel of the year, three times been a #1 Book Sense Pick, been the Target Book Club Pick, and three times been shortlisted for the Townsend prize. A former actor, Jackson reads the audio versions of her novels; her work in this field has been nominated for the Audie Award, was selected by AudioFile Magazine for their best of the year list, and garnered two Listen Up Awards from Publisher’s Weekly. She lives in Decatur, Georgia with her family.

24 thoughts on “Never Have I Ever by Joshilyn Jackson (Author, Narrator)”