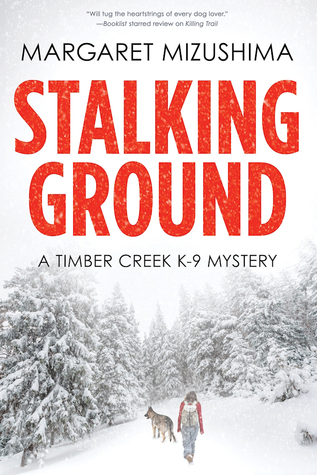 Stalking Ground is the 2nd book in the Timber Creek K-9 Mystery series and although it can be read as a standalone (it is a new mystery) but I recommend you read the 1st book in the series to understand the relationships and catch up on the character development.

Deputy Mattie Cobb is a K-9 officer who works with her partner, Robo. Not only are they partners, but they live together and have a very strong bong. When Deputy, Ken Brody’s girlfriend, Adrienne, goes missing, Mattie and Robo are called in to track her from the location of where her car is found. They eventually find her dead and crudely buried, now the case is to find a murderer. With very little to go one, they start to investigate her past to see if there might be clues as to who wants her dead. There are a few other storylines as well, one with local Veterinarian, Cole dealing with horses that appear to have been drugged, a local man that seems to be having some mental health issues and Mattie dealing with her past. It sounds like a lot, but it all flows well in this story. Will Mattie and Brody find out what happened before someone else is dead or injured?

I am enjoying this series. I love the idea of a K-9 team and love the relationship Mattie and Robo have. There are a lot of great secondary characters in this book, including veterinarian and friend Cole and his two daughters who struggle to keep their little family functioning after their mother leaves them. That adds some sense of reality and normalcy to the story. Margaret Mizushima does a great job adding red herrings and twists to the story to keep the reader guessing. There is a small town feel to this story, but not the in your business stuff that can be off putting. Mattie is a great character. She has a lot of baggage to deal with and each book gives us a little more of her background. The storyline is engaging and realistic, with a fast pace that had me reading late into the night. Although I was pretty sure I had the killer figured out early in the book, it didn’t distract me from enjoying the tension and excitement of the story. As the clues to the crime emerge the danger and apprehension increases as Mattie, Robo, Cole and Brody come closer catching a killer. I definitely recommend this series to those who love mysteries, especially if you are interested in K-9 teams.

About the Book: Easy Targets

When Chief Deputy Ken Brody’s sweetheart goes missing in the mountains outside Timber Creek, Mattie Cobb and her K-9 partner, Robo, are called to search. But it’s mid-October and a dark snowstorm is brewing over the high country. And they’re already too late. By the time they find her body, the storm has broken and the snow is coming down hard.

While Brody hikes down to bring back the forensics team, and veterinarian Cole Walker gathers supplies to protect them from the storm, Mattie and Robo find themselves alone, guarding the gravesite overnight in the early winter. And it’s only the first in a series of long, dark nights. As their investigation develops, Mattie, Robo, Brody and Cole find themselves in the middle of the killer’s stalking ground—where the hunters have just become the hunted. 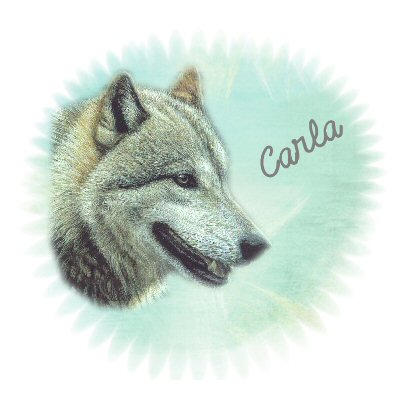