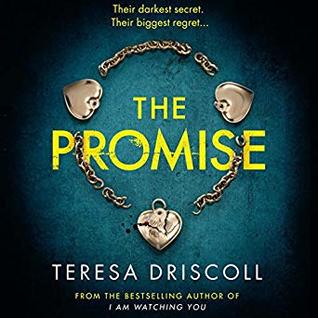 When three friends promise to take a secret to their grave, they had no idea what the future will hold. Thirty years later, that secret is going to come to light. Can Beth and Sally find Carol and convince her that they need to tell the truth? Who else knows the secret and is threatening Beth’s family?

This story is told from Beth’s POV, but occasionally there is a chapter for one of the other main characters. There are also chapters from the past and the present, so the story hints at what happened that caused the girls to make this pact. I was not sure what the secret could possibly be, but I had my suspicions, they were wrong. This was a book that had me up late at night trying to finish it. There were some twists, some unexpected turns and the final reveal was so surprising. I liked that this book was about friendship and how there are trials that cause the best of friends to have a hiccup, but when it comes down to it, they are there for one another. There is some unhappiness, terrible situations and more secrets than just the one from their school days. This was a well-written and paced story that had me feeling for the characters, even knowing they had done something terrible. The supporting characters also play an important part in the story and were well developed considering the role they played. I enjoyed this book and will look for more by Teresa Driscoll.

I listened to the audio book and really enjoyed the narration. With multiple narrators, the characters had very distinct voices that made the story come alive for me. The intonation and expression was right on. All the narrators did a wonderful job and this story was a delight to listen to.

About the Book: It was their darkest secret. Three schoolgirls made a promise – to take the horrible truth of what they did to the grave.

Thirty years later, Beth and Sally have tried to put the trauma behind them. Though Carol has distanced herself from her former friends, the three are adamant that the truth must never come to light, even if the memory still haunts them.

But when some shocking news threatens to unearth their dark secret, Beth enlists the help of private investigator Matthew Hill to help her and Sally reconnect with estranged Carol ­– before the terrible act they committed as teenagers is revealed.

Beth wishes she could take back the vow they made.

But somebody is watching and will stop at nothing to ensure the secret stays buried. Now, with her beloved family in peril, can Beth still keep the promise?