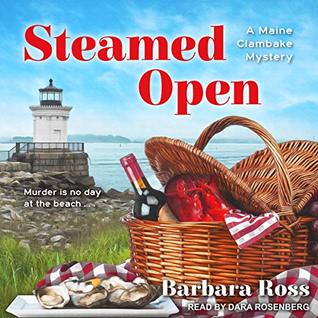 It’s summertime in Busman’s Harbor, Maine, and the clamming is easy—or it was until a mysterious new neighbor blocks access to the beach, cutting off the Snowden Family Clambake’s supply. Julia Snowden is just one of many townspeople angered by Bartholomew Frick’s decision. But which one of them was angry enough to kill?

Beachcombers, lighthouse buffs, and clammers are outraged after Frick puts up a gate in front of his newly inherited mansion. When Julia urges him to reconsider, she’s the last to see him alive—except the person who stabs him in the neck with a clam rake. As she pores through a long list of suspects, Julia meets disgruntled employees, rival heirs, and a pair of tourists determined to visit every lighthouse in America. They all have secrets, and Julia will have to work fast to expose the guilty party—or see this season’s clam harvest dry up for good.

This series continues to entertain and challenge readers to figure out who the culprit is in the newest murder in Busman’s Harbor, Maine. When Heloise “Lou” Herrickson, dies, Bartholomew Frick inherits her property. The first thing he does is block access to Sea Glass Beach. The clam diggers can’t reach the clams, and local businesses are in trouble, including the Snowden Family Clambake. When Frick ends up dead, there is no shortage of suspects in the murder.

I really enjoy the setting in these books. I have never been to Maine, but definitely enjoy visiting via this series. There is plenty going on in this story with the ongoing renovations of Windsholme picking up, Chris hiding something from Julia and the Clambake open, Julia is kept hopping. The story was well-paced with a lot of information about Lou’s family being released in bits along the way, finally enabling Julia to solve the crime. I enjoy the characters in the story. They are very well-developed and over the previous books in the series, I feel like we are old friends. There is a couple introduced in this book that are trying to sleep in lighthouses all over the U.S., that sounds like an interesting goal. I like that we learn more about Chris and his past as he becomes more important to Julia and the story. The mystery was well-done. It had a lot of suspects with plausible motive that kept me guessing right to the end. I was surprised at the ending, and enjoyed the final reveal. I definitely recommend this book and series to any cozy mystery lovers. Take a trip to the Maine Coast and enjoy Busman’s Harbor. I listened to this audiobook and enjoyed the narration very much. I will look for more books narrated by Dara Rosenberg. 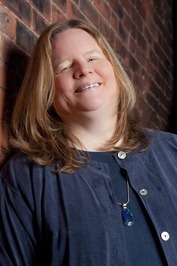 About the Author: Barbara Ross is the author of seven Maine Clambake Mysteries. The eighth, Sealed Off, will be released in December 2019. Her novellas featuring Julia Snowden are included along with stories by Leslie Meier and Lee Hollis in the anthologies Eggnog Murder and Yule Log Murder. A new anthology, Haunted House Murder, will be released in August 2019.

A new, non-Clambake mystery, Jane Darrowfield, Professional Busybody, will be released in June 2019.

Barbara’s books have been nominated for multiple Agatha Awards for Best Contemporary Novel and the Maine Literary Award for Crime Fiction. She blogs with the Wicked Authors and the Maine Crime Writers. Barbara lives with her husband in Portland, Maine.