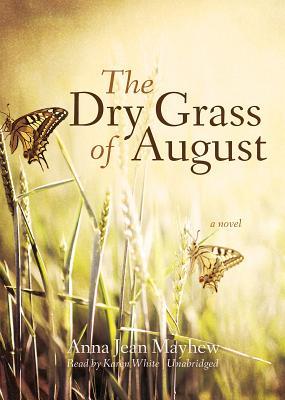 This is a beautifully written, debut book by Anna Jean Mayhew. The story is told through the eyes of thirteen year old June Watts, aka Jubie, a white girl growing up in Charlotte, North Carolina. Jubie is unaware of the racial tensions, as Mary, the black woman who has raised her, is her friend who she loves dearly. Mary has always been there for Jubie, through her father`s rages/beatings as well as caring for her during her mother’s periods when she is emotionally absent. and an often emotionally distant and negligent mother. In August of 1954, Jubie, her mother and siblings and Mary take a trip to Florida to spend time at the beach with their uncle and cousins. No one could have imagined the tragic turn this trip will take. This is a coming of age story that I did not want to stop listening to.

Living in the twenty-first century, the type of racism depicted in stories of this time, is hard to picture. We still have many racial issues today, but segregation, school and busing issues are a distant memory. I loved that Jubie was blind to colour. She loved Mary, befriended black children and was unaware of many things going on around her. Unfortunately, she was in for a rude awakening. It reminded of the fact that children are taught to hate, it is not inborn and we need to do better with our next generation. The character of Mary was very well-developed and I loved her quiet, kind, yet strong personality throughout the story. I had a love/hate relationship with the character of Jubie’s mother. She had certain restrictions based on the time the story was set, but I thought she was weak much of the time. She did have her moments where I thought she was going to do right, but again, often let Jubie down. Her father was just a nasty, mean and hypocritical man who I disliked throughout the whole story, which just shows what a great job the author did writing this character. Overall, I enjoyed this story and recommend it to anyone who reads and enjoys Historical Fiction, especially in the U. S.

I listened to the audiobook of this story and the wonderful narration of Karen White, made me love this story even more. She brings the voices of each of the characters involved in this story to life. They were so vivid, I felt as though I was there. The emotions I felt hearing some of the situations left me in tears. I recommend you listen to this book if possible, it will touch you so much.

About the Book: In this beautifully written debut, Anna Jean Mayhew offers a riveting depiction of Southern life in the throes of segregation and what it will mean for a young girl on her way to adulthood and for the woman who means the world to her.

On a scorching day in August 1954, thirteen-year-old Jubie Watts leaves Charlotte, North Carolina, with her family for a Florida vacation. Crammed into the Packard along with Jubie are her three siblings, her mother, and the family’s black maid, Mary Luther. For as long as Jubie can remember, Mary has been there cooking, cleaning, compensating for her father’s rages and her mother’s benign neglect, and loving Jubie unconditionally.

Bright and curious, Jubie takes note of the anti-integration signs they pass and of the racial tension that builds as they journey further south. But she could never have predicted the shocking turn their trip will take. Now, in the wake of tragedy, Jubie must confront her parents failings and limitations, decide where her own convictions lie, and make the tumultuous leap to independence.

Infused with the intensity of a changing time, here is a story of hope, heartbreak, and the love and courage that can transform us from child to adult, wounded to indomitable.

About the Author: Anna Jean (A.J.) Mayhew’s first novel, The Dry Grass of August, won the Sir Walter Raleigh Award for Fiction, and was a finalist for the Book Award from the Southern Independent Booksellers Alliance. She has been writer-in-residence at Moulin à Nef Studio Center in Auvillar, France, and was a member of the first Board of Trustees of the North Carolina Writers’ Network. A native of Charlotte, NC, A.J. has never lived outside the state, although she often travels to Europe with her Swiss-born husband. Her work reflects her vivid memories of growing up in the segregated South. A.J. – a mother and grandmother – now lives in a small town in the North Carolina Piedmont with her husband and their French-speaking cat. 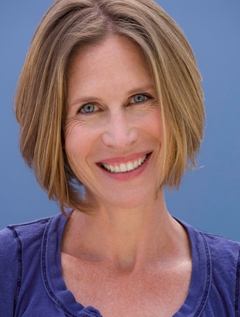 About the Narrator: Karen White has been narrating audiobooks since 1999 with more than 350 titles to her credit. Honored to be included in AudioFile Magazine’s Best Voices, she’s also a three-time Audie Finalist and has earned multiple AudioFile Earphones Awards and Library Journal and Publishers Weekly starred reviews.

She has coached vocal production, acting and improvisation privately and at Brandeis University and Emerson College. A proud member of SAG-AFTRA, she serves as Vice Chair on the audiobooks steering committee.

She also directs audiobooks, writes and is a founding member of RomanceNarrators.com.

Having served as a PTA president, secretary and fundraiser, she’s most proud of the Readathon she created at Overland Elementary school that continues to this day.

You can read an interview here, that includes Karen White prepared to narrate this book.