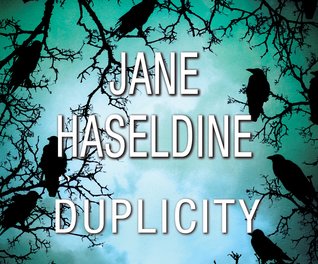 This second book in the Julia Gooden Mystery series, ratchets up a notch with crime, suspense and edge of your seat action. Julia is still trying to repair her relationship with her husband, recently working as District Attorney. She wants to work things out for the sake of her children as well as still loving her husband. Still working as a reporter, they get thrown together due to a major trial that David is prosecuting. As she tries to get some information about a surprise witness in the upcoming trial when tragedy strikes. With a bombing in the courthouse, the witness is dead and David is severely killed. Julia was outside the courthouse when it exploded and she wants to find out who was responsible, sure it was Rossi, the man on trial. This is the beginning of dangerous investigation for Julia and many others. Julia, however, is not willing to give up until she brings Rossi to justice.

Julia is a huge risk-taker, which is unsettling for me as a reader. She is the mother of two young boys who she is extremely overprotective of, yet takes many chances with her own life. Having said that, she is smart and able to put things together very well. Navarro, her ex-boyfriend and detective, is once again there to protect her and help her put the pieces together. I really like him in this role. He does not push her into anything, yet has her back when she jumps into dangerous situations. David, her husband, was not the man everyone thought he was and we see his true colours in this book. The story is very fast-paced and had me using every spare moment I had to listen to this story. The plotline seemed to be typical gang/drug/Italian family type story, but there were lots of twists and turns that kept me guessing. The ending was very satisfying and I will definitely continue with the Julia Gooden series. I listened to the audiobook of this story. The narrator, Kate Rudd, again does a great job narrating this story. She puts just the right emphasis where needed, and assists in building the suspense in the story.

About the Book: Julia’s husband, Assistant District Attorney David Tanner is about to bring criminal Nick Rossi to trial for drug trafficking, illegal gambling, bribery, and more. However, when a courthouse bomb claims several victims, including the prosecution’s key witness, David is left critically injured. Julia’s certain Rossi orchestrated the attack, but she doesn’t have a strong case against him, and his power and connections run deep. Undeterred, she enlists the help of Detroit PD’s Detective Raymond Navarro, and they begin to follow a trail of blackmail, payback, and political ambition, hoping to find proof of Rossi’s guilt at its end. The risks are high, but Julia’s always been willing to take them. This time, though, her family hangs in the balance, and justice may come too late. 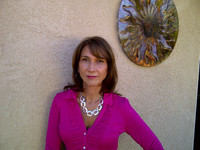 About the Narrator: KATE RUDD, winner of Audie and Odyssey Awards for narration of John Green’s The Fault in Our Stars, has been narrating audiobooks for nearly a decade. A proud member of SAG-AFTRA and a multiple AudioFile magazine Earphones Award recipient, Kate has narrated nearly 400 titles across a variety of genres. Kate can be reached at https://www.facebook.com/thekaterudd/ and on Twitter @katerudd. Kate Rudd was born on June 30, 1980 in Muskegon, Michigan, USA as Kathleen Corbin. She is an actress and producer.