These Non-Fiction books are all geared to children ages 9 and up in my opinion. They are all well written with great illustrations. Definitely great additions to libraries, home, public and school. All were requested by me to read, and review. Ratings, ideas and opinions are my own. 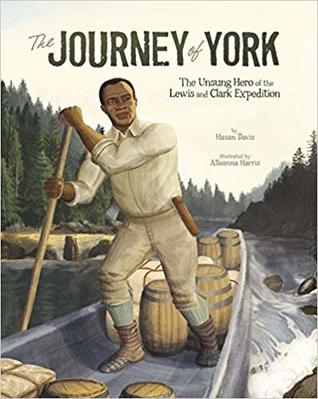 The Journey of York: The Unsung Hero of the Lewis and Clark Expedition by Hasan Davis, Alleanna Harris (Illustrations)

I love history, I love children’s books and I love putting them together. I loved this book. It is about an unknown personal slave of William Clark, of Lewis and Clark fame. York accompanied Clark on his famous expedition with Meriwether Lewis, across the continent, to the Pacific Ocean. Being a slave, York had no choice in the matter. Everyone knows about his journey, but shouldn’t we also know about York, this is his story. We learn that the Native Americans had not seen a man with his skin colour and they were amazed. They respected him more than the white men and shared with the expedition in ways they might not have otherwise. We find out that he was instrumental in keeping everyone alive and safe, including Sacajawea, and her baby, as they made the journey. His brute strength assisted in portaging, carrying supplies and canoes. He was even allowed to vote on where the group would camp for the winter. While on the trip, he was given the honor of having eight islands named after him. What we also learn is that sadly, once the Corps of Discovery returned home, he received no accolades, no thanks, or no pay for this perilous journey, after all, he was just a slave. We now realize how unfair this was.

The story is told in first person, from diaries kept during the journey. As a slave, York probably did not know how to write, but he was befriended by one man in particular on the journey, Sergeant Charles Floyd, who may have kept notes and information about York. This story is beautifully illustrated and simply told. This would make a good addition to any library or classroom. It would be a wonderful resource for Black History Month, learning about slavery and the injustices of it, as well as when learning about the opening of the west. 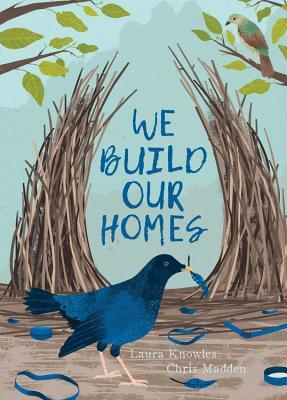 This is an amazing book about Animal Architects, habitats and various reasons that animal homes are the way they are. This is a non-fiction book full of wonderful illustrations and information that should get children talking about different things. I read (or tried to read) this book to my five year old grandson and he was too young. There is a lot of text and he didn’t want to listen to it all. He was fascinated with the illustrations and asked me questions that I answered based on the text. There are 26 different animals, including many you might not have heard of before. There are a lot of birds with amazing nests, then it moves on to insects and mammals.

We Build Our Homes is about animals’ creativity and architectural skills that could be used in a classroom to discuss buildings, as well as habitats and animal environments. I could see this book in a late primary to early junior classroom. As an adult, I even learned some new things. A great addition to a public or school library. 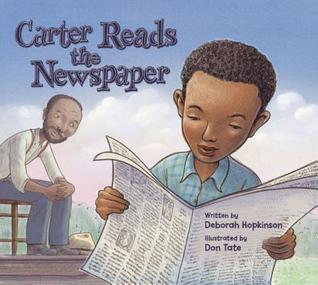 He was born to two former slaves and would read the newspaper to his illiterate father. His father knew how important it was to be an informed citizen. Woodson’s needed to go to work to help support his family, so did not attend high school as a teen. While working in the mines he met a man named Oliver Jones, who was also illiterate. Like many former slaves, and civil war veterans, he valued learning and held meetings in his home to discuss current events. Carter attended and became a valuable part of this group because he could read the newspaper and research for them. Eventually continuing his education, he earned a PhD in history from Harvard. It was there that he met a professor who stated that Black People had no history. When Woodson argued that they did, the professor challenged him to prove him wrong. This motivated Carter to spend the rest of his life doing just that. Carter G. Woodson established what was then called Negro History Week in 1926, which eventually became Black History Month, a project that helped make Black history accessible to a non-academic audience.

Woodson’s relationship to newspapers anchors Hopkinson’s book. This picture book has a lot of text and because of that I think it is more appropriate for middle grades (ages 9 and up). The illustrations are quite nice with the theme of the newspaper running throughout. There is also a lot of information in the end pages including resources to learn more about Carter G. Woodson and other important Black Americans in U.S. history. This book would be a great addition to classroom, school and public libraries. A great resource for Black History month. 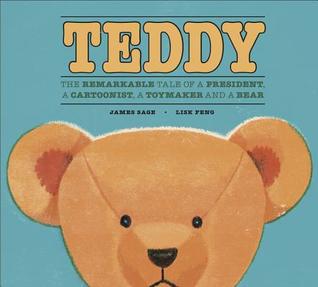 Teddy: The Remarkable Tale of a President, a Cartoonist, a Toymaker and a Bear by James Sage, Lisk Feng (Illustrations)

Teddy is an adorable picture book that tells us how President Theodore Roosevelt became the poster boy for teddy bears and how this famous and lovable toy got its name. The story begins when President Roosevelt, nicknamed Teddy, refused to shoot a helpless bear cub that was placed in his path by friends who were hosting his stay in the south and wanted him to have a “successful” hunt. When he returns to Washington, the story hits the wires. A cartoonist for the Washington Post uses that information to do an editorial cartoon, that cartoon is republished in newspapers all over the United States. In New York, a couple who own a small store see the cartoon, and the wife makes a toy bear to commemorate the situation and the story takes off. Everyone wants their own “Teddy Bear”.

I loved the illustrations, they were done in such a way that it felt like the reader was actually there, a bit like a Norman Rockwell style. The text was written in a clear easy to understand way so that younger children would also be able to grasp the story. As the author tells us in his notes, it is an almost true story, a few facts were fictionalized such as the cartoonist giving the coffee delivery boy a doughnut. This is a wonderful book for a read aloud. This could be a springboard for discussion of other famous bears (Winnie-the-Pooh) or favourite toys, perhaps reading other books like The Velveteen Rabbit. The author also includes great material in the back pages such as a copy of the original cartoon, an advertisement for the “original” style bear, and a photograph of an early style teddy bear. A great addition to a primary or junior classroom. 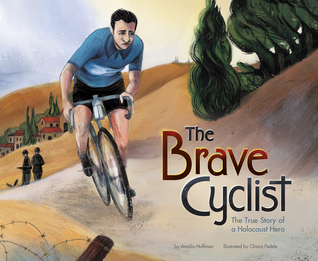 The Brave Cyclist, The True Story of a Holocaust Hero by Amalia Hoffman, Chiara Fedele (Illustrations)

This is a fascinating story for late primary/early junior students. The Brave Cyclist is a story that is very interesting, yet mostly unknown. I have read a lot of books about WWII, but had never heard of this story. It is an interesting story about the cycling champion Gino Bartali who risked his own life, his family and career to save Jews in Italy by smuggling forged identification cards to help them escape to safety during World War II. It shares information about his past, how he developed as a champion cyclist winning the Giro d’Italia, and about the first time he won the Tour de France. When he refused to pay homage to Mussolini, the resistance knew they could approach him for help.

There is a lot of text, which is why I do not recommend it for an audience under the age of 9 or 10. The book shares this story simply, yet the illustrations add a lot to the story. It was easy to see the angst and fear that Gino felt in the expressions shown in those illustrations. This story not only showcases a hero who was recognized by the Jewish Councils for his brave work, but it is also a story of perseverance and hard work that Gino had to have in order to rise above his sickliness and become a champion cyclist. This story is very relevant today, it is something we need to remember when our world is still full of hate and discrimination. This would be a great addition to a school or class library.

I hope you enjoyed reading these reviews and have an opportunity to read these yourselves.

9 thoughts on “Mini-Reviews of Children’s Non-Fiction”