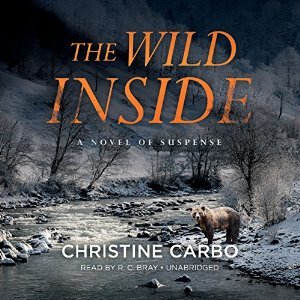 Ted Systead .is a Special Agent for the Department of the Interior, When he was fourteen years old, he and his father were camping in Glacier National Park, when a grizzly bear attacked Ted’s father and dragged him to his death. Now, twenty years later, he has been called in to solve a murder and bear mauling. Through flashbacks, we learn the past story, but they do not hijack the present day mystery. Up against the Parks Police Board who do not want to hold the bear until the investigation is over, Ted is against the clock. Partnered up with a rookie investigator from the Parks Police named Monty, Ted is surprised at how much knowledge he has. The crime is gruesome and there are not a lot of clues. Ted is dogged in his investigation and questions everyone who knew the victim, several times in some cases, until he finally figures it all out. As we learn more about the victim, it is hard to feel sorry for him, he is a despicable person, but no one, should take a life.

Carbo lives in Whitefish, Montana and it is obvious by her writing that she knows the park and surrounding area very well. Her writing is very descriptive and I can picture the park and small communities. The setting brings us a lonely, empty feel of the wilderness of Montana in the off season. This story is an atmospheric mystery with a slower pace, making it seem very realistic. It takes painstaking detective work, false leads, interviewing and follow-up to get to the bottom of this mystery. It is not a thriller or suspenseful story, it is a mystery, that is character driven. With the main characters being an introspective detective, and his partner being a newbie in the field, there are a lot of scenes that involve interviewing. Many of the people of the area are loners, suspicious of outsiders, and are especially wary of federal authorities. The story has a meth epidemic and addictions as one storyline and suffice it to say, Christine Carbo does not mince words when she describes the toll that addiction brings to families and communities. The mystery was solved in a satisfactory way, but it is easy to see how and why crimes like this happen. Overall, I was pleased with this story and will look for others by this author.

I listened to the audiobook and it took me awhile to enjoy the narrator. He has a very dry voice and read with very little emotion. When he was reading female characters, there was little change in his voice, but I was able to determine when it was a female speaking vs a male. I am not sure if I will listen to another by this narrator.

About the Book: A haunting crime novel set in Glacier National Park about a man who finds himself at odds with the dark heart of the wild—and the even darker heart of human nature.

It was a clear night in Glacier National Park. Fourteen-year-old Ted Systead and his father were camping beneath the rugged peaks and starlit skies when something unimaginable happened: a grizzly bear attacked Ted’s father and dragged him to his death.

Now, twenty years later, as Special Agent for the Department of the Interior, Ted gets called back to investigate a crime that mirrors the horror of that night. Except this time, the victim was tied to a tree before the mauling. Ted teams up with one of the park officers—a man named Monty, whose pleasant exterior masks an all-too-vivid knowledge of the hazardous terrain surrounding them. Residents of the area turn out to be suspicious of outsiders and less than forthcoming. Their intimate connection to the wild forces them to confront nature, and their fellow man, with equal measures of reverence and ruthlessness.

As the case progresses with no clear answers, more than human life is at stake—including that of the majestic creature responsible for the attack. Ted’s search for the truth ends up leading him deeper into the wilderness than he ever imagined, on the trail of a killer, until he reaches a shocking and unexpected personal conclusion.

As intriguing and alluring as bestselling crime novels by C.J. Box, Louise Penny, and William Kent Krueger, as atmospheric and evocative as the nature writing of John Krakauer and Cheryl Strayed, The Wild Inside is a gripping debut novel about the perilous, unforgiving intersection between man and nature. 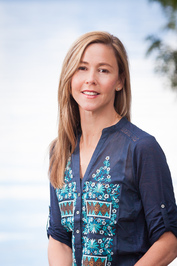 About the Author: Christine Carbo is the author of The Wild Inside, Mortal Fall, The Weight of Night, and A Sharp Solitude (all from Atria Books/Simon and Schuster) and a recipient of the Women’s National Book Association Pinckley Prize, the Silver Falchion Award and the High Plains Book Award. After earning a pilot’s license, pursuing various adventures in Norway, and working a brief stint as a flight attendant, she got an MA in English and linguistics and taught college-level courses. She still teaches, in a vastly different realm, as the owner of a Pilates studio. A Florida native, she and her family live in Whitefish, Montana. Find out more at ChristineCarbo.com.

About the Narrator: R.C. Bray has performed Off-Broadway, at the Edinburgh Fringe Festival, and many stages in between. An accomplished producer and voiceover artist, R.C.’s voice can also be heard in countless TV and radio commercials. He lives with his gorgeous wife and two beautiful daughters in New England.