I am not sure if this would be considered Historical Fiction or based on a true story, but I think it is both as well as crime, drama and a very, very sad story. Make sure you read the author’s notes at the end of the story to find out what motivated her to pen this book and to learn more about the true story of Sally Horner. I had no idea this was based on a true occurrence when I started reading it and that made this story even more traumatic to read.

11 year-old Sally Horner lives in Camden New Jersey in 1948. She is a quiet, happy child, who has a hard time making friends. When she finally gets up enough nerve to go up to a group of girls to try and join their group, they decide to take advantage of this young girl. They tell her she can be part of their group, but she needs to be initiated by stealing something from Woolworth’s. Sally is scared to steal and hurt her mother, but really wants to have friends so she slips a marble composition notebook into her sweater and hurries to leave the store. Sally doesn’t realize that stealing that notebook will change her life forever. Enter 52-year-old Frank LaSalle, just released from prison. He sees Sally steal the notebook and makes his move. He tells her he is from the FBI and tells Sally that she needs to do what he tells her or she will be arrested and thrown in jail. Terrified, Sally agrees and tricks her mother into letting her go to “the shore” with her friend’s father. What follows is two years of abuse.

The chapters alternate between Sally and many other secondary characters. We read about Sally’s time with LaSalle, the places they lived, and the people Sally came in contact with. There are chapters from Sally’s mother, sister, and brother-in-law while they are trying to find her. They all struggle with guilt, anger, and blame. So many things could have changed the outcome of this story. What is even more of a mystery, is why Sally does not take advantage of so many times she could have gotten away or told someone. She was so brainwashed to think something worse would happen, that she seemed to accept her lot in life. This story is chilling, emotional, and heartbreaking. I listened to this story and that made it seem all the worse to me. I had to switch it up with some lighter stories in order to finish this one. Having said that, this story is riveting. I wanted to find out what was going to happen. Who would finally realize that there was something wrong? When would Sally realize she had to speak up?

As I said at the beginning, this story is based upon a true crime story. It was also the basis for the book “Lolita”, but the author placed herself as an observer of Sally’s story and what she describes is fiction. Many of the characters were based on situations such as the circus being in town and the circus performers staying in the same trailer park were Sally and Frank lived, but the interactions are fiction. Many people will find this book too difficult to read. The incidences of abuse are not graphic, most are just innuendo or Sally writing about them in her journal after the fact, but that may still bother many readers. I am glad I listened to this book, it was disturbing, but the author did an amazing job. I look forward to reading more by T. Greenwood.

About the Book: Camden, NJ, 1948.
When 11 year-old Sally Horner steals a notebook from the local Woolworth’s, she has no way of knowing that 52 year-old Frank LaSalle, fresh out of prison, is watching her, preparing to make his move. Accosting her outside the store, Frank convinces Sally that he’s an FBI agent who can have her arrested in a minute—unless she does as he says.

This chilling novel traces the next two harrowing years as Frank mentally and physically assaults Sally while the two of them travel westward from Camden to San Jose, forever altering not only her life, but the lives of her family, friends, and those she meets along the way. 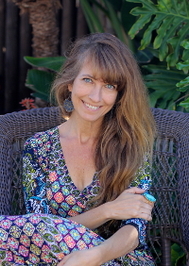 About the Author: T. Greenwood is the author of twelve novels. She has received grants from the Sherwood Anderson Foundation, the Christopher Isherwood Foundation, the National Endowment for the Arts, and, most recently, the Maryland State Arts Council. She has won three San Diego Book Awards. Five of her novels have been BookSense76/IndieBound picks. BODIES OF WATER was finalist for a Lambda Foundation award. Her twelfth novel, RUST & STARDUST, will be published in August 2018.

She teaches creative writing for San Diego Writer’s Ink and online for The Writer’s Center. She and her husband, Patrick, live in San Diego, CA with their two daughters. She is also a photographer.

More information on T. Greenwood can be found at her websites: http://www.tgreenwood.com and
http://www.ephemerafiles.com