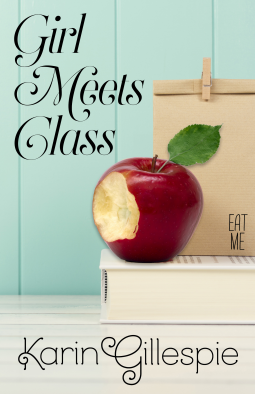 I wanted to listen to a light, humorous, romantic story after some of the heavier ones I had listened to and Girl Meets Class fit the bill nicely. It was a cute story about a pampered young woman, Toni-Lee Wells, whose rich Aunt Cordelia decides that she needs a wake up call. She is told she needs to get and hold a job for one year, pay her own way and follow her aunt’s stringent rules about public drunkenness etc. or she will be disinherited. Sounds simple enough but this is one spoiled young lady. After a serious injury takes her off the pro tennis circuit, she wallows in self-pity making a spectacle of herself for the past six months. With nothing but a general degree, where will she find a job that will pay her enough to live? Toni-Lee ends up teaching a Special Education class in a very poor school, where caring for the kids is probably more important than what you teach them.

This was a wonderful story. There was some humour, although not as much as I had anticipated. I enjoyed listening to the story as this young lady learned about how others lived, what it was like to be poor, what is important in life and falling in love with the wrong man, who turns out to be the right one. With a corrupt principal, nasty secretary and backstabbing staff, will Toni-Lee survive the year she needs to put in? Will Toni-Lee sell her integrity for five million dollars or wake up and realize what is really important? This is one story about a poor little rich girl getting a whole lot of lessons on life from the other side and the other side getting a whole new Toni-Lee as a result. This is an entertaining and engaging page turner that I really enjoyed.

About the Book: The unspooling of Toni Lee Wells’ Tiffany and Wild Turkey lifestyle begins with a trip to the Luckett County Jail drunk tank. An earlier wrist injury sidelined her pro tennis career, and now she’s trading her tennis whites for wild nights roaming the streets of Rose Hill, Georgia.

Her wealthy family finally gets fed up with her shenanigans. They cut off her monthly allowance but also make her a sweetheart deal: Get a job, keep it for a year, and you’ll receive an early inheritance. Act the fool or get fired, and you’ll lose it for good.
Toni Lee signs up for a fast-track Teacher Corps program. She hopes for an easy teaching gig, but what she gets is an assignment to Harriet Hall, a high school that churns out more thugs than scholars.

What’s a spoiled Southern belle to do when confronted with a bunch of street smart students who are determined to make her life as difficult as possible? Luckily, Carl, a handsome colleague, is willing to help her negotiate the rough teaching waters and keep her bed warm at night. But when Toni Lee gets involved with some dark dealings in the school system, she fears she might lose her new beau as well as her inheritance.

National Bestselling novelist and a Midwestern girl who, after forty years in Georgia, is still trying to get the hang of being Southern.