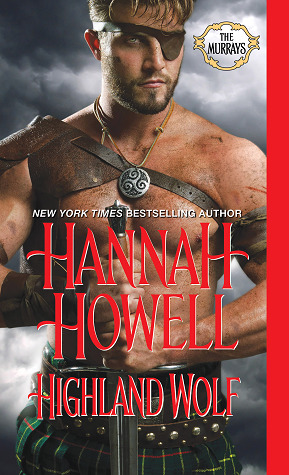 I did it again, I requested a book in a lengthy series when I had not read any of the previous books. Not only that, but this is a re-release of a book published in 2008. Well, it proved to be a good decision. I had no problem following this story, in fact it can be read as a standalone story.

Sir James Drummond, foster son to the Murray clan, has lost everything. He was the Laird of Dunncraig Keep, the father of a young daughter and a married man, who was betrayed by his wife. Three years ago his wife was found burned to death and her cousin Sir Donnell MacKay accused James of her murder. He was declared an outlaw and Donnell took over Dunncraig Castle while James went into hiding. He has told everyone that Margaret (Meggie) is his daughter, and has brought his illegitimate sister Annora to the keep to be her nursemaid. James, has decided that it is time to return, clear his name and reclaim Dunncaig Keep.

This is a well written, fast paced book, with more steamy love scenes than I am normally comfortable with. There is also some violence, abuse and rape, so if these are triggers for you, you might want to pass on this book. I enjoyed the characters in the story. Meggie was a precocious young thing who seemed a lot older than her 4 years. Annora was a devoted woman, who was trying to keep Meggie safe as well as keep away from some of the randy men in the castle. Donnell and his men were written as characters to detest and that was achieved quite well. Of course James was the hero. He was willing to get caught and sacrifice himself to reclaim his daughter as well as bring peace, fortune and comfort back to his home. I found that there was a good mix of action, love, mystery, deceit and characters to make this an enjoyable story. Of course there is going to be a happily ever after for James, but how will that play out? Read this story to find out. The publisher, Zebra, generously provided me with a copy of this book upon my request. The rating, ideas and opinions shared are my own.

About the Book (From Goodreads): New York Times bestselling author Hannah Howell returns to the breathtaking Scottish Highlands with the unforgettable Murray clan, and the stunning Annora MacKay who cannot resist the desire an alluring stranger offers . . .

Annora MacKay senses a disturbing evil in Dunncraig Keep, the estate acquired by her cousin, a cruel and ruthless man. Only her affection for the tiny girl he claims is his daughter stops her from fleeing. Then a mysterious woodcarver arrives at the castle, and she cannot stop thinking–or longing–for him . . .

James Drummond, once a laird, now an outcast, wants what was stolen from him–his good name, his lands, and his child. His disguise for getting into Dunncraig is step one of his plan, but the enticing raven-haired woman who cares for his daughter is an unwelcome surprise. For he has come seeking justice, not love . . . 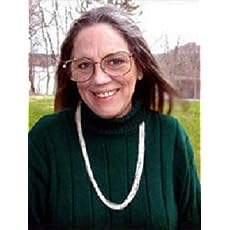 About the Author: Hannah Dustin Howell is a best-selling American author of over 40 historical romance novels. Many of her novels are set in medieval Scotland. She also writes under the names Sarah Dustin, Sandra Dustin, and Anna Jennet