The Illustrated History of the Snowman by Bob Eckstein 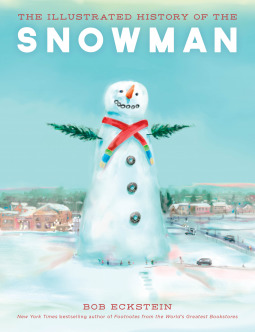 This book was quite a surprise. I had no idea that the snowman had such a lengthy and interesting history. From postcards, print ads, commercials, packaging, songs, movies and more, he is the lowest paid actor/model ever. Reading about his denigration (drinking, women, assaults) made me realize, I didn’t know this poor guy at all. Seriously, there was so much information in this book that I had never known before, I read it quickly and found myself turning back more and more to double check information. The illustrations were amazing. The author’s personal collection of Snowman memorabilia was quite extensive and showed various times in his history. If you are an arts and Photography buff, you would love this book. Learning about the development of the snowman in art, including sculpture, photography, lithograph and more was interesting. I could go on and on about what was contained in this book in just a bit over 200 pages, but I recommend you pick it up. BTW, this is not a children’s book, they would be devastated to see some of the ways the snowman was used over the years. Now, if there was snow on the ground here, I would take my grandchildren outside today to make our own snowman. As one blurb says, “With over two hundred illustrations, The Illustrated History of the Snowman is a truly original winter classic — smart, surprisingly enlightening, and quite simply the coolest book ever.” I am glad I picked this one out. The publisher, Rowman & Littlefield – Globe Pequot, generously provided me with a copy of this book upon my request. The rating, ideas and opinions shared are my own.

About the Book (From Goodreads): A thoroughly entertaining exploration, this book travels back in time to shed light on the snowman’s enigmatic past — from the present day, in which the snowman reigns as the King of Kitsch, to the Dark Ages, with the creation of the very first snowman. Eckstein’s curiosity began playfully enough, but soon snowballed into a (mostly) earnest quest of chasing Frosty around the world, into museums and libraries, and seeking out the advice of leading historians and scholars. The result is a riveting history that reaches back through centuries and across cultures — sweeping from fifteenth-century Italian snowballs to eighteenth-century Russian ice sculptures to the regrettable “white-trash years” (1975-2000). The snowman is not just part of our childhood memories, but is an integral part of our world culture, appearing — much like a frozen Forrest Gump — alongside dignitaries and celebrities during momentous events. Again and again, the snowman pops up in rare prints, paintings, early movies, advertising and, over the past century, in every art form imaginable. And the jolly snowman — ostensibly as pure as the driven snow — also harbors a dark past full of political intrigue, sex, and violence. With over two hundred illustrations, The Illustrated History of the Snowman is a truly original winter classic — smart, surprisingly enlightening, and quite simply the coolest book ever. 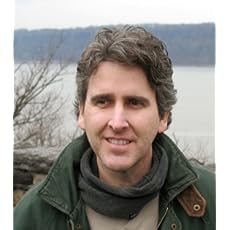 About the Author: Bob Eckstein is a New York Times bestselling author and award-winning illustrator, writer, New Yorker cartoonist, and snowman expert. His cartoons, OpEds, and short stories appear regularly in the New York Times, New York Daily News, MAD magazine, Barron’s, Readers Digest, The Spectator, Prospect, Wall Street Journal, among many others. He was a columnist for the Village Voice, New York Newsday, and TimeOut New York. He has been interviewed in over 100 TV, radio and magazine spots including Good Morning America and People magazine. Bob Eckstein is a snowman expert. He spent seven years traveling the world researching and attempting to answer the age-old question, who made the first snowman?
Born in the Bronx, he now lives in Manhattan.